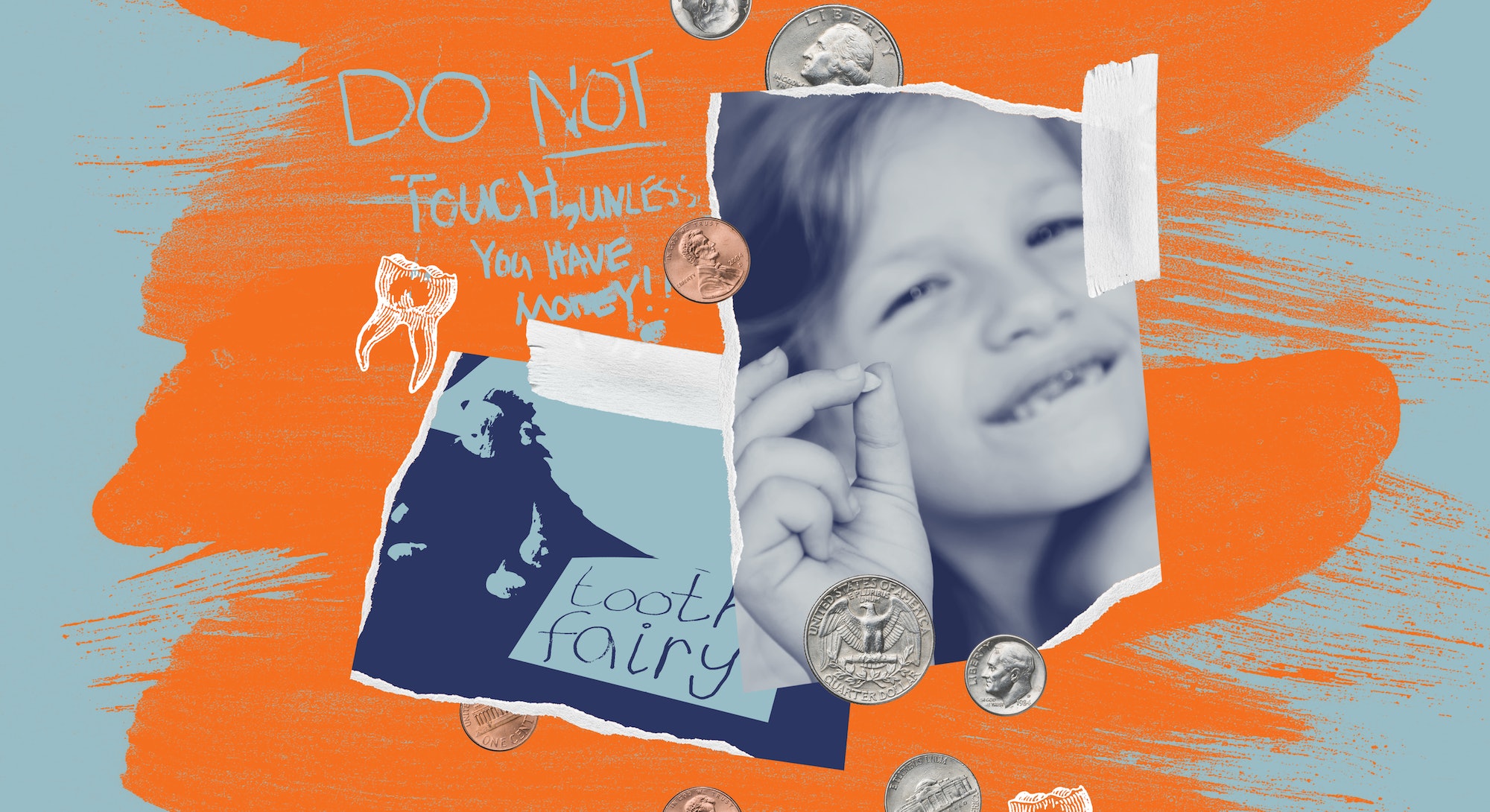 It's Time For The Tooth Fairy To Retire — Permanently

If we can all agree that the Tooth Fairy is the worst (and I think we can), why do we keep doing this to ourselves? There is no upside.

I love Santa Claus: the magic, the selflessness, the color scheme, all of it. I begrudgingly accept the Easter Bunny solely on account of Easter chocolate being its own food group. I like Valentine’s Day, Thanksgiving, all of the holidays. But I have really had enough of this Tooth Fairy bullsh*t.

I take no responsibility for this failure. There is no warning for the Tooth Fairy, no themed aisle at Wal-Mart, no Google alert, no real clue that you’re about to be called up to the major leagues other than your own kid’s wiggly tooth.

If we can all agree that the Tooth Fairy is the worst magical parenting assignment (and I think we can), why do we keep doing this to ourselves? There is no upside. It’s not like you can really bribe your kids with the Tooth Fairy like you can with Santa, my one clear favorite. She is coming whether you like it or not, she’s not behavior-based. And if she doesn’t come? Well, I think we all know who's at fault in those situations.

Plus, who is she? Because she’s been around for years, guys. Centuries. She started out as a tiny mouse who snuck into a child’s room at night to collect their baby teeth in Russia and Spain. Eventually she evolved into a fairy, crossing the ocean to make our lives hell.

What does she want with our children’s teeth? There are some truly gruesome rumors going around. Some think she uses the baby teeth to make new ones for old people, or that she’s making necklaces out of them. If you believe the Teen Titans, the Tooth Fairy just eats the teeth.

Maybe your kid might warn you what’s coming, or maybe you never miss a visit. Or maybe you have kids like mine who took it upon themselves to catch the Tooth Fairy in action. My 8-year-old son asked for a spy kit with a motion detector for that very reason, without telling me. Instead, he set it up so that when I, the real Tooth Fairy, approached his room with a dollar after one (OK, two) glasses of Pinot Grigio at 10 o’clock at night, the sensor went off. I had to crab-crawl out of the room to avoid capture.

That’s the other thing about the Tooth Fairy, she’s never called into action until after the kids have fallen asleep and I’m sorry to tell you, that is the witching hour for busy parents. We are off-duty slugs sitting in front of the TV or online shopping or busting out the good snacks. Peppa Pig has retired for the evening along with her biggest fans, all children. This is our time to reset, to come back into ourselves so we can manage parenting for another day.

If the Tooth Fairy is coming, this is all gone. Instead of relaxing, we have to wait until the kids are asleep — really asleep. This might be 8 o’clock or it might be midnight, because bedtime is not sleep time for all kids. We have to scrounge around for cash in the house. Who has cash? Like, ever? If we manage to find some, then we have to figure out what the Tooth Fairy is bringing kids these days. I have always tried to land somewhere in the middle, but the reality is that sometimes a mom just has to go with what’s available. In my case, the Tooth Fairy often left a Ziploc bag of quarters, nickels, and dimes; fingers crossed that it was enough.

It’s time for the Tooth Fairy to retire. If you need to give your kid money for their baby teeth, cut out the mythical middle woman and just hand them some cash. If that’s a little too impersonal, can we at least come up with a new backstory? Maybe she comes when good little children are in the bathtub at a reasonable hour and leaves them a little cash and a note explaining that she will not, in fact, be eating their teeth or wearing them as jewelry. Maybe she can just be getting rid of them like the recycling guy or something.

Ugh. I am so tired of her nonsense.