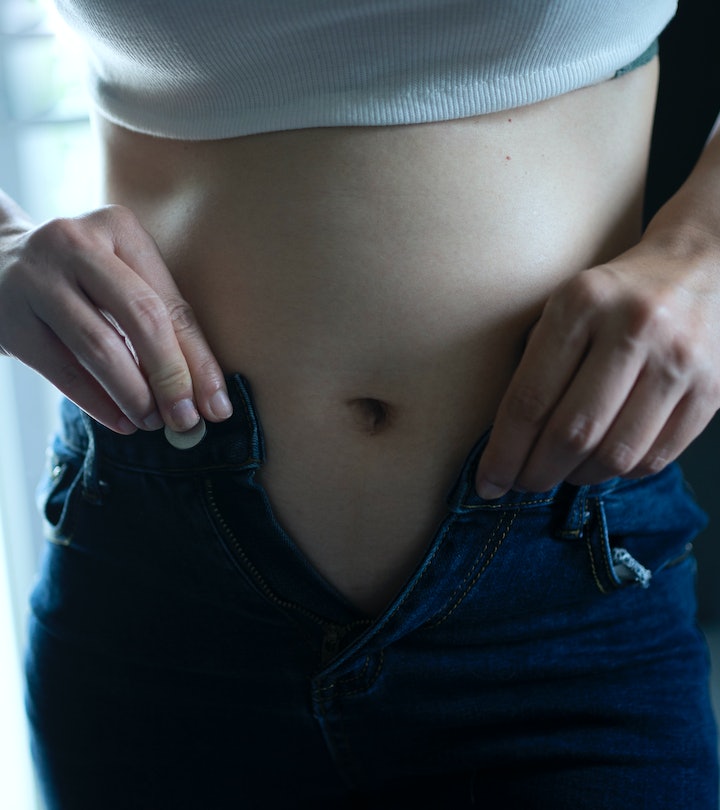 The “12 week rule” meant not sharing my early joy — or getting the support I needed for my grief.

The morning before my second wedding anniversary, I found myself blow drying my hair, smiling in the mirror, and thinking about how I needed to order a crib. I was just over 12 weeks pregnant with my first baby and my husband, Jeremy, and I were ecstatic about this new chapter of life. As expectant parents, our list of novel-yet-exciting things to plan was a lengthy one: get ready for my next ultrasound, navigate unexpected food aversions, nail down baby names, and the big one we had slated for the next week: finally tell all our friends and family the news.

Like many parents-to-be, Jeremy and I decided to follow the “wait 13 weeks” rule and keep our baby-on-board a secret from almost everyone. Baby books, my OB-GYN, and mothers I knew had explained that most women choose to go the “safe” route of keeping the first trimester hush-hush, just in case. It seemed reasonable: an astounding one in four pregnancies end in miscarriage, with 80% of those happening in the first trimester. In theory, in the event the worst happens, this can save you from having to call all your loved ones back with a shattering update.

While it made sense to me that it’d be awful to relive the trauma of losing a child over and over again with each phone call, I was also about to explode with the good news. I was pregnant!

It felt wrong to be keeping such a big thing from my close friends, cousins, and sisters-in-law. Every time someone asked me “what’s new?” I felt like a huge liar replying “oh, not much!” when the truth was, “Actually, I am growing a tiny human but I’m not supposed to tell you yet.”

For the big reveal after week 13, though, I had been daydreaming about the special announcements Jeremy and I would make — a giddy phone date with one of my best friends and a sentimental, handmade card for my in-laws. And then, hairdryer in hand, I felt a familiar yet misplaced sensation of what felt like my period starting and bleeding down my leg.

I felt debilitating grief one moment, guilt the next.

I knew instantly: I was losing my first baby.

After a five-hour solo trip to the ER (my husband was a plane ride away and not due back until the next day), a brisk doctor with downcast eyes confirmed what I already knew deep down: the fetus was not viable and I was in the early stages of having a miscarriage.

The weight of two secrets

The six-ish weeks that followed felt like I was being sucked into a black hole with anvils weighing down my arms. Physically, a miscarriage is horrific and taxing on the body in ways I didn’t realize until I experienced it myself: immense cramps that felt like the worst period of my life, ungodly amounts of blood (which dragged on for two weeks), and surging hormones that caused my teeny baby bump and swollen breasts to linger as a painful reminder of what should have been.

And then there was the emotional toll.

I felt debilitating grief one moment, guilt the next — because even though I did everything “right” during pregnancy, I figured losing this baby must somehow be my fault for waiting until the “geriatric” age of 35 to start on the motherhood track. Other people’s baby announcements triggered fiery jealousy, and every week, getting my bloodwork done filled me with anxiety that my hormone levels would — yet again — not be low enough to be considered “normal.” I felt like a stranger in my own body. I both mourned and feared the future.

Worst of all, though: even with the one-in-four statistics saying otherwise, I felt so alone. My close friends didn’t know — about the baby or lack of baby — and the idea of telling them now was, horribly, more daunting than a few months ago. With each call or text, I would have to double back and deliver two pieces of news: 1) I was pregnant for three months and never told you, and 2) I lost the baby and now I need you to support me, even though I was keeping a secret from you.

So, for a month and a half, I didn’t say anything at all to the many women I love. Instead, I tried to figure out how to move forward in silence, and cried endlessly to my husband, who was also heartbroken.

I had wanted so badly to tell my friends the good stuff and the weird stuff that comes along with pregnancy. But instead, I followed the cautionary rule in case ‘the worst’ happened.

Then, early one morning, I had my first anxiety attack. I found myself somehow watching a ticker tape of the future motherhood moments that had dissolved with my miscarriage: our newborn in front of our Christmas tree, late nights reading Harold and the Purple Crayon in the zoo-themed nursery, Jeremy pushing the stroller with our baby whose heartbeat I’d seen on an ultrasound with my own two eyes... and then I couldn’t breathe. Scared, and on impulse, I picked up my phone and dialed my best friend.

She would have dropped everything to listen and help me in any way she knew how — but I hung up before she could answer.

I felt like I was in too deep and hadn’t digested the situation enough to articulate it. In my confusion, I imagined I was packing on the lies and omissions like haphazard Jenga blocks. I had wanted so badly to tell my friends the good stuff and the weird stuff that comes along with pregnancy. But instead, I followed the cautionary rule in case “the worst” happened.

And then “the worst” happened, and I started to wonder: would grieving have been easier on me if I had given myself more of a support system from the beginning? This “wait period” of not telling my people that I had been pregnant in the first place didn’t protect me from anything — it actually made things worse.

A couple of months after the miscarriage, I finally began telling some close friends and family members the full story. One by one.

Doing so made me feel like I could breathe again.

Some cried with me, others sent flowers, some asked me to walk them through the experience, and several checked in every few days with a simple “hi, how are you?” text. Many gave me support in ways I didn’t realize I needed — and could have used much sooner.

Even better, the stories started flowing. I was blown away by how many women opened up about their miscarriages once I did the same: friends, friends of friends, family members — even the client services employee on the phone for my insurance company.

Miscarriage, I learned, is a club that nobody wants to be a part of and is rarely talked about but has a huge membership. Many women never share their experiences because there is still so much unwarranted guilt and shame that comes with losing a baby. Each woman’s story was personal yet horribly familiar, making me feel heard, understood, and less alone. Hearing them gave me hope and perspective to cope with my deep sadness and anxiety.

I wish I had told them sooner. Pregnancy followed by miscarriage is a painstaking and difficult ride — and everyone I love could have been along for the journey with me had I shared from the get-go. In this way, I learned an important lesson about all kinds of grief: you don’t need to fully digest a difficult situation before asking friends and family for support.

A second chance at shared joy

Three long months after that morning with the hairdryer, I found out I was pregnant again. My feelings and emotions ran the gamut: unbridled joy and gratitude for having a second chance at motherhood; crippling fear that this pregnancy could also end in loss.

I know that in the event of another loss, I won’t have to find my way through it alone.

This time, I decided to throw caution to the wind and tell my friends and family the news well before week 13. Yes, it was scary — there are so many “what-ifs” in early pregnancy, especially after a miscarriage.

But my loved ones’ reactions after every call and text always put a smile on my face, and my joy began to trump my trepidation. I got to bask in congratulations and share my excitement and milestones early on. I also have a support system in place when I feel anxious before doctor’s appointments or have pregnancy-related questions. I know that in the event of another loss, I won’t have to find my way through it alone.

While pregnancy is an experience that uniquely bonds many women, it’s also very personal. I completely respect why some people choose to keep their new-baby news close to their chest until they feel ready to share. But for me, opening up — about my miscarriage and my rainbow baby on the way — has allowed me to come to a place where I can once again smile in the mirror and look toward the future with happiness and hope.