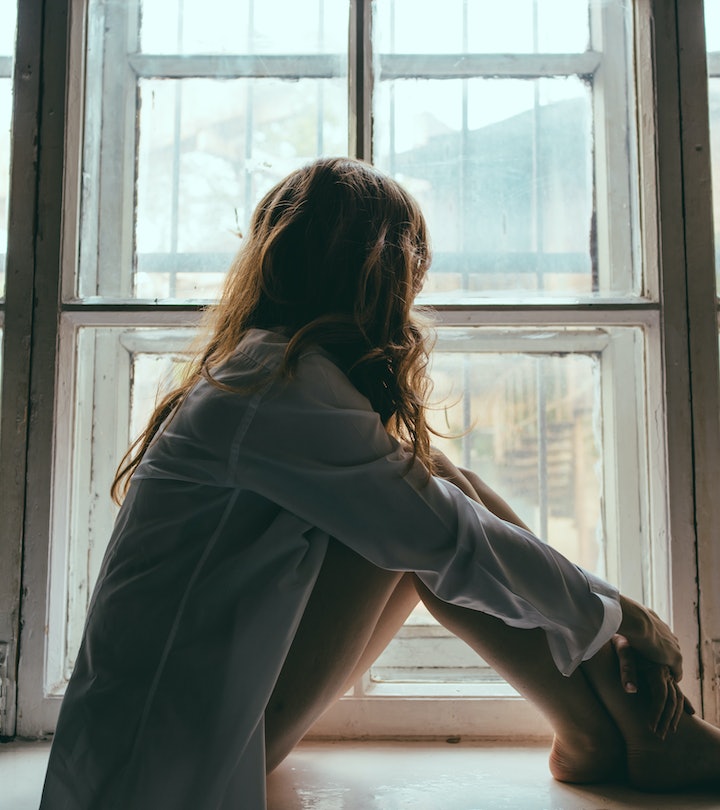 Can You Have Postpartum Depression After A Miscarriage?

The answer is complicated.

Miscarriage is a frequent occurrence for women of childbearing age, but one that is often vaguely misunderstood. The loss of a pregnancy before 20 weeks of gestation is known as a miscarriage or early pregnancy loss (EPL). A still birth is when a pregnancy is lost after 20 weeks of pregnancy. But what about the grief that follows this loss? Can you have postpartum depression after a miscarriage? If only a small amount of people are vocalizing their miscarriage in the first place, an even smaller percentage are likely going to raise a flag if they think they have a form of postpartum depression (PPD) after their miscarriage due to the stigmas around mental health.

After experiencing an early pregnancy loss, many people, understandably, go through a period of depression. There has been some question about whether or not that depression is considered postpartum depression, and if not, what does one label it?

Can you have postpartum depression after a miscarriage?

The short answer is: technically, no. Nearly 20% of women will experience depression after a miscarriage, though it is not defined as postpartum depression — which specifically occurs after a live birth, explains OB/GYN Dr. Apurva Shah, a member of the Mira medical advisory board. That doesn’t mean depression after a miscarriage isn’t serious, he adds. “Many women who are pregnant planned to be, and so are grappling with both physical and emotional changes. “This not only affects the overall quality of life but also has an impact on the patient’s experience with any subsequent pregnancies,” says Shah. “Miscarriage is usually followed by an intense period of emotional distress. Grief from loss is expected, but many patients have intense mood changes that might end in clinical depression.”

Kayla Acklin, Ph.D., is a licensed professional counselor who completed her doctoral dissertation on perinatal mental wellness and has spent much of her professional career dealing with depression and pregnancy. She says the depression following a miscarriage is caused by several factors. “Although the hormonal shifts are less dramatic than those occurring after a full term pregnancy, they still occur. On top of hormonal changes, there are emotions related to the loss. When a miscarriage occurs, women don’t just lose a fetus. The loss is more profound.”

Signs of depression after miscarriage

“It is important to distinguish between grief and depression,” says Acklin. Miscarriages are a loss, and grief is the normal human response. The tricky thing is that grief and depression share many of the same characteristics such as low mood, sadness, tearfulness, changes in sleep, and changes in appetite.”

There are several clear signs of PPD and clinical depression after a miscarriage that are different from expected grief, though, says Dr. Gauri Khurana, a psychiatrist for the Women’s Mental Health Consortium and Yale School of Medicine. “Catatonia, which is not talking at all, is a very severe symptom of depression and requires urgent treatment, as does suicidality,” says Khurana. Any thoughts of self-harm require immediate emergency care.

As weeks pass from the miscarriage, if these symptoms get worse instead of improve, that is a clear sign that intervention is needed.

When does depression following a miscarriage start?

The onset of depression after a miscarriage is difficult to give a clear time frame for, as it is different for every mother, though it usually appears fairly rapidly after the end of the pregnancy. Dr. Nisha Chellam, an internal medicine doctor at Parsley Health, says that signs will be seen within one month of the end of pregnancy. “The onset will be very acute,” she notes.

Shah admits this timeline can be hard to define due to how often depression after an EPL is overlooked. “Clinical depression after miscarriage has not been well-defined and hence is often overlooked. These women frequently end up receiving minimal help. It is important that healthcare providers screen every patient who has this unfortunate outcome just like they would any mother after childbirth.”

How long can post-miscarriage depression last?

These experts say that depression after a miscarriage can last anywhere from one to three years. Typically depression peaks between 3-6 months after the miscarriage, especially for women who seek treatment to manage the depression so that it doesn’t persist for years. Khurana wishes there was more research on the duration of depression after miscarriage. Because the subject is largely taboo, she acknowledges these numbers are a loose estimate. “The true amount of time is largely unknown as these women do not seek treatment. Prolonged or protracted depression can last years in the normal population and at worst, it can be lifelong. There is not a great deal of data available as it is hard for this population to seek treatment.”

Treating depression after a miscarriage

When Acklin sees women experiencing depression after a miscarriage, she begins with therapy. “Evidence based therapies include cognitive behavior therapy (CBT) & interpersonal psychotherapy (IPT). Medications include antidepressants & others depending on the severity of symptoms.” As a therapist, Acklin doesn’t prescribe medication but works with a doctor instead. “It is helpful for the prescriber and therapist to collaborate to move treatment forward more effectively.”

Cognitive Behavioral Therapy [CBT] in an outpatient setting is the most common treatment for depression after a miscarriage. Khurana usually suggests patients increase their therapy visits to twice weekly as they navigate depression following a pregnancy loss.

Chellam, as a functional medicine doctor that specializes in holistic treatment, also encourages women to not seek only medication. “Medications should always be the last resort, but everyone goes to their doctor once it's already a crisis, so early diagnosis is key.” In patients experiencing depression, they have been shown to have a slightly elevated body temperature. Along with therapy, she recommends heating the body (which can lower the core temperature) such as with a sauna. In addition to CBT, she also recommends eye movement desensitization and reprocessing therapy [EMDR]. “There's been a change in your brain, so you have to rewire your brain.”

If you or someone you know are experiencing any of these symptoms after a pregnancy loss, please contact a doctor or head to an emergency room.

SHARE Pregnancy and Infant Loss Support offers groups around the country for anyone who has experienced the death of their baby.

March of Dimes offers support to parents of babies born prematurely and parents facing early pregnancy loss, including through their Walk of Rememberance.

SANDS (Stillbirth and Neonatal Death Charity) is a UK- based organization with a bereavement support app available across the world and in-person support groups in the United Kingdom.

Dr. Apurva Shah, board-certified Obstetrician and Gynecologist and Member of the Mira Medical Advisory Board.