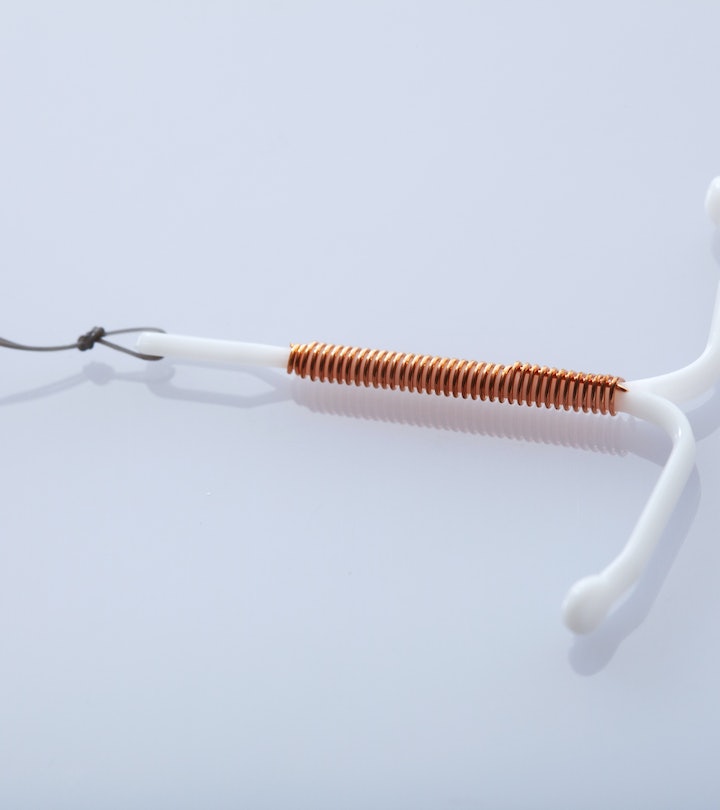 Yes, It’s Possible To Get Pregnant If You Have An IUD

It's very rare, but it can happen, and it can be dangerous.

As far as birth control goes, intrauterine devices (IUD) are fairly foolproof. Unlike other birth control devices, it’s not something you have to remember to do — like popping a birth control pill daily — and it’s highly unlikely that you can get pregnant if you have an IUD. But, not entirely impossible, either. Unfortunately, if you become pregnant with an IUD in, it can be really dangerous. That’s why you need to know the signs you’re pregnant with an IUD, and what to do if you suspect you may be pregnant.

Here’s the good news: an IUD is more than 99% effective in preventing pregnancy, according to Planned Parenthood. So, if you think about it, more than 99% would mean 100%, right? Not necessarily. It’s in that .1% grey area where you could still potentially conceive, and if you have your IUD in, that’s probably not what you were planning. The problem with getting pregnant when you have an IUD inserted is that it can do damage to both you and your unborn baby, OB-GYN Dr. Kim Langdon, tells Romper. “You have a higher risk of miscarriage and preterm birth if it stays there throughout the pregnancy,” she says.

If you have had unprotected sex (meaning you didn’t use a barrier like a condom) even though you had your IUD in, there’s an ever-so-slight chance you might get pregnant. If you experience any of these signs of pregnancy with your IUD still inserted its important to contact your health care provider right away, says Dr. Casey Parini, OB-GYN at Corewell Health. “We typically try to remove the IUD to decrease the miscarriage risk if the pregnancy is in the uterus and we can get to the strings,” she explains. Here are your body’s ways of telling you if you’re pregnant with an IUD.

More Like This
37 Summer-Inspired Names For Your Totally Laid-Back Baby Boy
Pelvic Pain During Pregnancy: What Causes It & How To Deal With It
40 Fantastical Boy Names That Start With “F”
7 Surprising Old Wives' Tales About Christmas Eve Babies

This article was originally published on Aug. 26, 2019