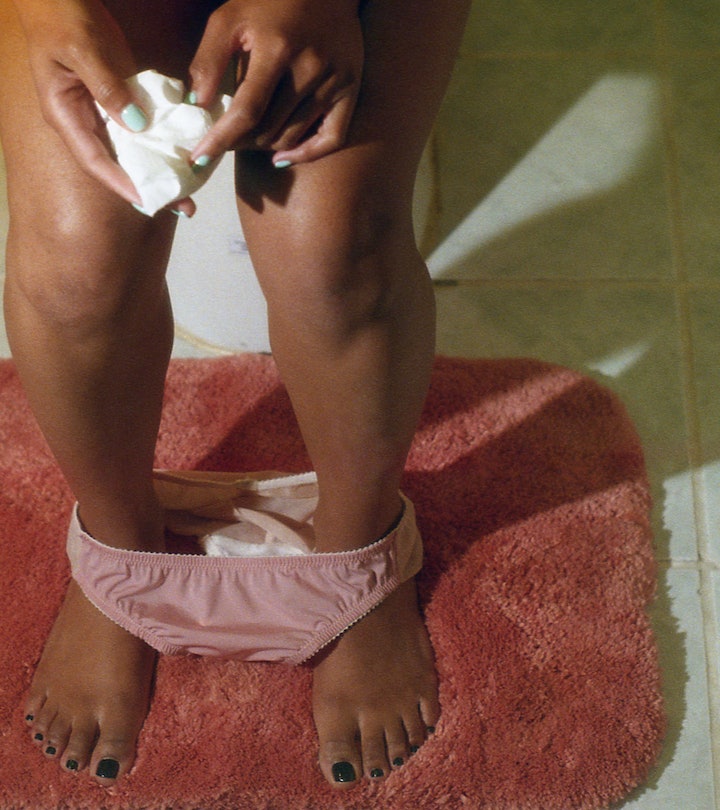 It’s going to be a unique experience.

There’s a lot to complain about with pregnancy, but one silver lining is that you get a nice, long break from your menstrual cycle. Unfortunately, after all those months of not experiencing a period, once you’ve delivered your baby via cesarean section, it’s only a matter of time before it returns (so enjoy it while you can). But, when exactly can you expect the first period after a C-section to arrive? And what kind of flow should you prepare for? After all, no one wants to be caught off guard without supplies.

When do periods return after a C-section?

When you get your period after childbirth will have more to do with whether or not you’re breastfeeding than how your baby arrived. “There is no difference between a cesarean or vaginal birth,” according to OB-GYN Shannon Clark, M.D., MMS; the timing of your first period after a C-section is the same as if you were to deliver vaginally. “In those who those who are not lactating, ovulation typically returns at 6 weeks postpartum,” she says. For parents who are breastfeeding, it may take longer for your period to return. That being said, Clark stresses that just because you’re not having your period, that does not mean you’re not ovulating, so you should take proper precautions for birth control.

Michael Belmonte, M.D., an OB-GYN practicing in Denver, Colorado, tells Romper in an email that once you’ve had your first period after a C-section, your cycle may not be exactly what it was pre-baby. “Your periods may be irregular, even if you previously had very regular periods, for up to a year after delivery,” he says, “but you can always speak to your doctor if you have concerns.” Similar to Clark’s warning, Belmonte notes that you can still get pregnant with an irregular period, “so you should consider birth control if you are not interested in becoming pregnant again.”

How long does the first period after a C-section last?

Knowing when to expect the return of your period is helpful, but in order to be truly prepared, it’s useful to know what kind of flow to anticipate. “Generally, this first period tends to be heavier than what someone is used to and may also be accompanied by blood clots, increased cramping, and pain,” says Belmonte. He also notes that you may notice an irregularity in how long it lasts or the flow, as you may see a combination of light and heavy days that come and go. This shouldn’t last long, though, and Clark says that if your period continues to be irregular like this after a few cycles, then it’s worth being evaluated by your provider.

While your first period after a C-section may be longer and more uncomfortable than usual, the good news is that over time it’ll regulate and become more predictable. In the meantime, just make sure you’re prepared with supplies in case it shows up unexpectedly, and don’t forget to use birth control (or you’ll be right back where you are now in about 40 weeks).

Shannon Clark, M.D., MMS, OB-GYN and spokesperson for the American College of Obstetrics and Gynecology

More Like This
Here's The Best Time To Remove Your C-Section Tape
All The Reasons Why You Might Have A C-Section
Can The Way You Sleep Really Turn A Breech Baby?
These Darling Baby Boy Names All Start With The Letter "D"