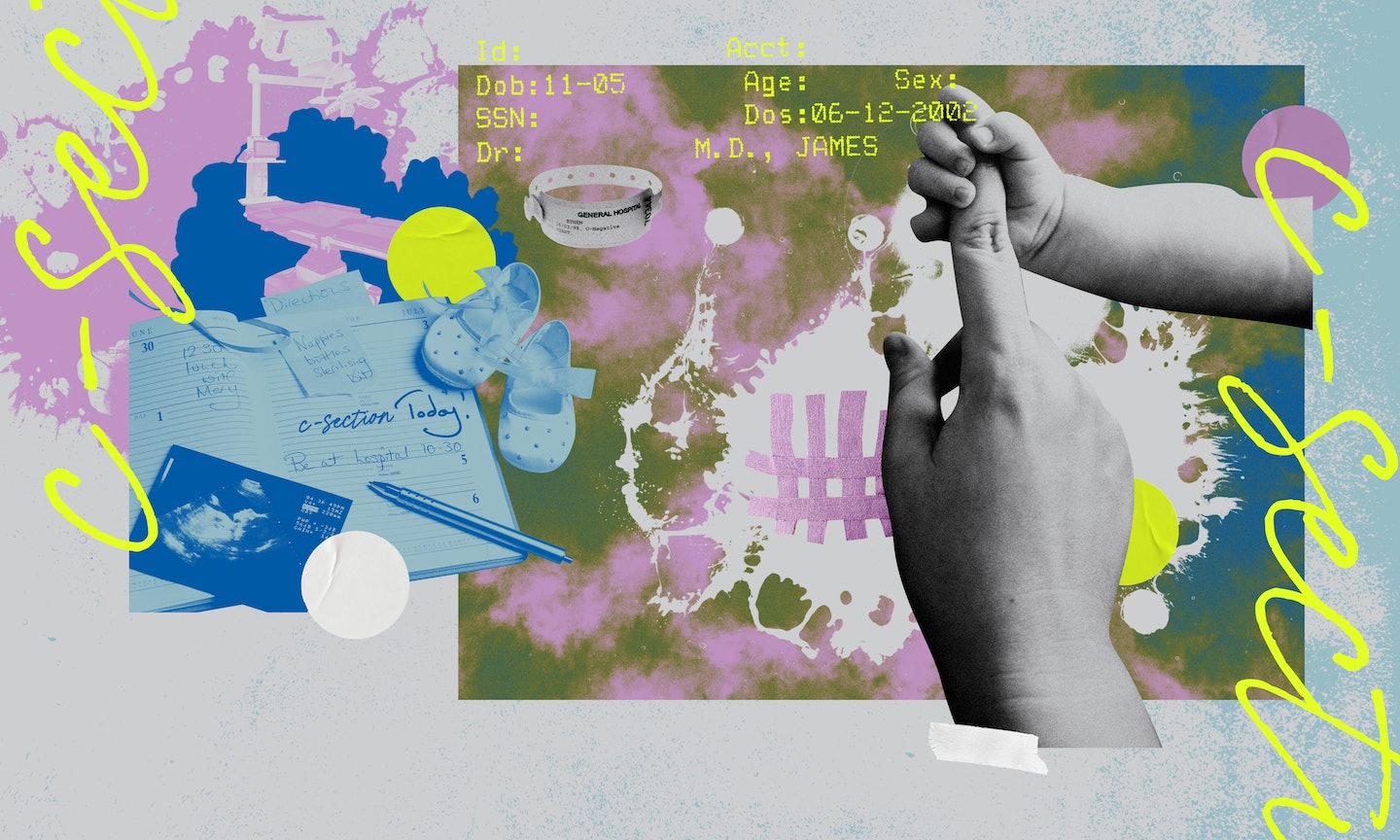 A practical guide to the before, during, and after of an incredibly common way to have a baby.

There are so many ways to have a C, and so many ways to feel about one. There are five moms on the edit team at Romper, with nine babies between us — six of those babies came into the world via C-section. Collectively, we've experienced the whole spectrum: Some were emergencies; some were scheduled; some were preemies; some were followed by a VBAC; some were born after hours and hours (and hours) of labor, labor that was labeled with that phrase that some of us find quite rude: "failure to progress."

One thing we all had in common, though, was the feeling that we weren't prepared.

Sure, "no one can prepare you" for what it's like to become a parent, but I think we spent more time in my childbirth class discussing the analgesic powers of aromatherapy than we did on C-sections, despite the fact that 31.7% of American babies are born this way.

It's an experience shared by roughly 1 in 3 mothers and other people who have given birth — 1,186,397 were performed in 2019 in the United States alone — and yet it feels like 90% of the conversations around the procedure are debates about its medical necessity or advice about how to avoid one. What if we talked, instead, about what having a C-section is really like: What happens during, how to prepare for it, tips for recovery? If you know you're going to have a C-section, shouldn't it be the best C-section possible? We want that for you.

Read more about the C-section survey we conducted and why we need to change the conversation around C-sections.

So You’re Having A C-Section

How 12 Parents-To-Be Celebrated Their Upcoming C-Sections

When your surgery is planned — or you have at least a little notice — you get the gift of time: to prepare, logistically and emotionally, but also to celebrate. You’ve grown a whole human, and you will meet them very soon! Here's how 12 prospective parents chose to live it up in the days and hours leading up to their scheduled C-sections.

Secret C-Section Intel From People Who Have Been There

They shave your pubes (and other things no one tells you).

The Most Common Reasons You Might Have A C-Section

Top OB-GYNs explain what conditions can lead to surgery.

Preparation Is A Myth, But...

Yes, You Can Still Make A "Birth Plan" For A C-section

Advice from medical professionals and people who've been through it.

by Ashley Abramson
What To Buy

To make the first days and weeks a bit more comfortable.

by Anne Vorrasi
Best C-Section Ever

12 Moms On The Surprising Joy Of Their C-Sections

Cesareans get a bad rep, but they come with many unsung benefits — beyond, you know, getting the baby out.

by Jamie Kenney
Back Home

Everyone Should Make A Postpartum Plan

A birth plan is one thing, but planning for how you will get through those first few weeks at home might be more important

How To Heal (In All The Ways)

Hello From The Other Side

Your Complete Guide To Recovering From A C-Section

A totally mom-centric guide to physical and emotional recovery.

People tend to have a lot of thoughts and opinions, and most of them are wrong.

It’s OK to feel all sorts of ways about your birth.