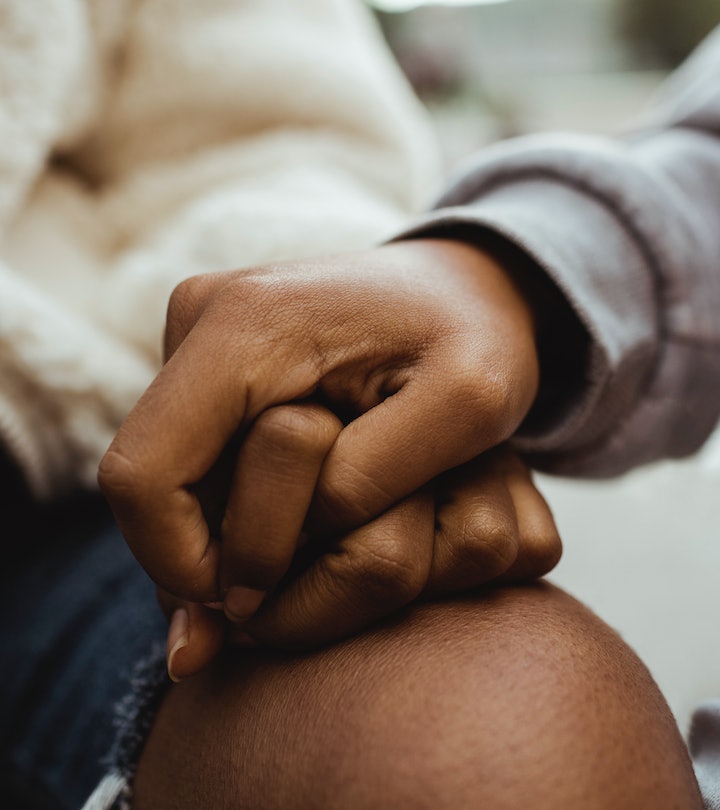 It can't take the sting away, but these words can help offer some solace.

Picture-perfect pregnancies are celebrated everywhere. Beautiful bellies and gorgeously glowing skin are on full display for all to see and admire. When it comes to the true reality of someone’s journey towards parenthood, though, those issues (like unsuccessfully trying to conceive or a having a miscarriage) are often not spoken of. And it’s a shame, too, since talking about infertility helps reduce the stigma associated with it. So if you have a friend who has been struggling to have a baby, these infertility quotes just might offer some solace.

The more that infertility is a topic that isn’t discussed, the worse things become for the women (and their partners as well) try to come to terms with their battle to have a baby. “The reason it's so important to say something to a friend is because we have gone way too long with people not talking openly about infertility,” Ali Prato, co-founder of Fertility Rally, an online membership community, event platform, and content hub for anyone struggling to build their modern family, tells Romper. “It's a medical condition; it's nothing to be ashamed of.” In short, infertility is not your fault — it’s no one’s fault —and shouldn’t be treated as such. That’s why the more we openly talk about infertility, it offers support to those who might be silently struggling, and it helps people to gain perspective on stigmas that just aren’t true.

As conversations surrounding infertility and TTC are becoming more commonplace, here’s how you can show a friend that you really care.

Infertility Quotes That Just Get It

It can be hard to find the words sometimes when someone you love is struggling with infertility. So speak from the heart, and know that by simply acknowledging what your loved one is going through, you’re opening the door not just for conversation and comfort, but ultimately helping to change how the world views the stigma surrounding infertility, too.

This article was originally published on June 17, 2021