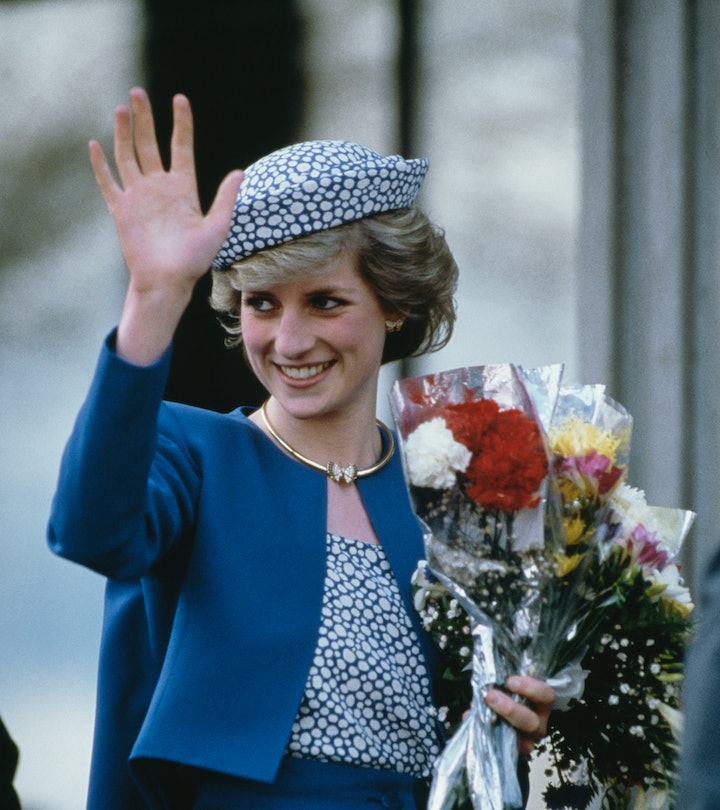 Before tiaras, Diana was a little queen in her pink-striped dress.

Twenty-three years later and the Princess of Wales continues to be remembered by her family in a variety of touching ways. Most recently, her younger brother, Charles Spencer, shared a rare childhood photo of Princess Diana, paying tribute to his late sister. The photo, shared on his Twitter over the weekend, shows a snapshot of the 9th Earl Spencer and Diana as children, with the late royal standing inches taller than her younger brother and wearing a pink and white striped dress with red sandals and white socks.

Spencer did not share a caption or any additional background information with the photo, but the Daily Mail reports it was taken on a summer day in 1967, meaning Princess Diana would have been about 6 years old at the time. (Fun fact: That's roughly the same age her grandson, Prince William's 7-year-old son, Prince George, is now.)

Princess Diana, who was the oldest of four siblings, was killed in a tragic car accident in Paris on Aug. 31, 1997, at the age of 36. In the years since her death, her family has remembered Diana through photos, fashion choices, and more. For instance, Prince William proposed to Kate Middleton with his mother's 12-carat sapphire ring, according to The Telegraph. The couple later named their daughter, Princess Charlotte Elizabeth Diana, an obvious nod to her grandmother.

Prince Henry later followed suit when he proposed to his wife, Meghan Markle, with a ring that contained two of his mother's diamonds, according to The New York Times. Markle's wedding bouquet also contained forget-me-nots, Princess Diana's favorite flowers, as the Daily Express reported at the time. Over the years, both of Princess Diana's sons have also continued their mother's charity work in homelessness, HIV/AIDS, and mental health.

Spencer’s touching photo, shared on Nov. 7, has been liked more than 3,000 times on Twitter, with several royal fans commenting on the "beautiful photo." Like one admirer who wrote, "Your sister was such a beautiful woman with a beautiful heart and soul, she is still very much missed by us all."

For the past two decades, Diana’s beautiful legacy continues to be shared by those who knew her the best and sometimes the rest of us get a glimpse. And for those on the outside, her fascinating life will be chronicled throughout the new season of Netflix’s The Crown.