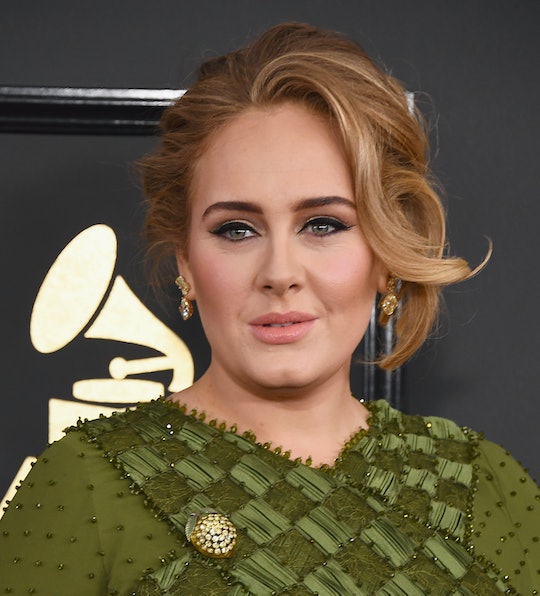 Adele Shares New, Never-Before-Seen Photos Of Herself Looking So Happy On Her Birthday

She’s not a regular mom, she’s a cool mom. So in honor of her 33rd birthday on Wednesday, Adele shared some new, cool, and carefree photos of herself on Instagram to celebrate another trip around the sun and just looked as happy as can be.

Adele, who shares 8-year-old son Angelo with her ex-husband Simon Konecki, tends to be pretty private when it comes to sharing photos of herself, and her son, on social media, so her birthday photos were treat for all. And while her fans were thrilled to see these new photos and the world is still desperate for her to release a new album, Adele sightings have been few and far between lately, with her popping up at an Oscar after-party in April and, before that, appearing on Saturday Night Live in October. And, now, in three new happy photos.

On the occasion of her 33rd birthday on May 5, the “Rolling In The Deep” singer shared several photos featuring just her. Smiling. Swimming in the ocean. And dancing alone in a gorgeous maxi dress. “Thirty Free,” she captioned the post.

Adele has spent a significant amount of time out of the spotlight in recent years, even before COVID-19 saw most people staying home, so these new photos felt like a real gift. A gift her social media followers were happy to receive, leaving messages for the singer like, “WE LOVE A SELF LOVING QUEEN” and “You look so happy!”

She does look happy. And it’s been a journey for her to get there. In 2016, Adele opened up about becoming engrossed in her little boy Angelo after he was born and struggling with postpartum depression. “I was obsessed with my child,” she admitted at the time to Vanity Fair. “I felt very inadequate; I felt like I’d made the worst decision of my life ... It can come in many different forms." And in 2017, Adele admitted that she had lost a bit of her identity after she became a mom. "In my pregnancy and becoming a mother I lost a lot of myself and I've struggled and I still do struggle being a mum,” she said in her acceptance speech at the 2017 Grammys. “It's really hard. But tonight winning this really feels full circle and like a bit of me has come back to myself."

Motherhood is a beautiful thing, but it’s not the only thing. Adele’s birthday post full of happy photos of herself is a testament to finding yourself and finding joy in those little moments.