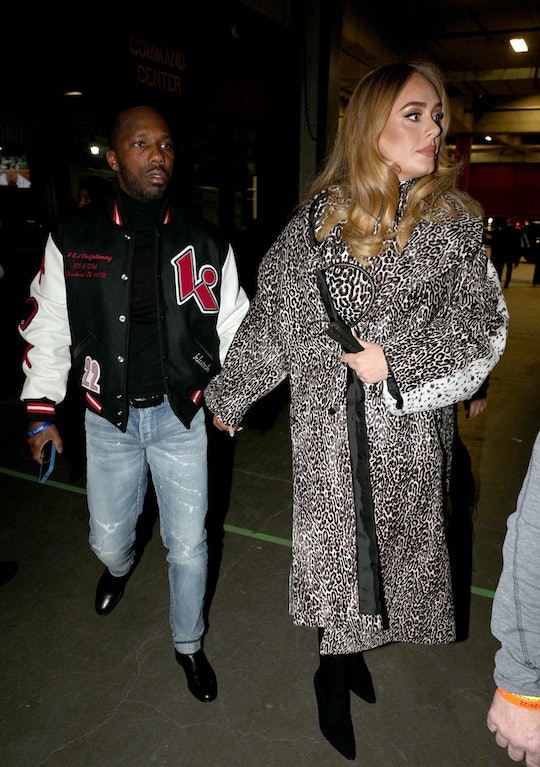 “I'm a homemaker and I'm a matriarch, and a stable life helps me with my music.”

Adele is mapping out her future and she doesn’t care who knows it. The singer is getting ready to start her hotly anticipated Las Vegas residency, but after that she’s thinking of a more domestic lifestyle. Her 9-year-old son Angelo is hopefully interested in becoming a big brother, because Adele “definitely” wants more kids with boyfriend Rich Paul.

The “I Drink Wine” singer spoke to Elle for a recent cover story about her plans for her future. First things first; pulling together that postponed Las Vegas residency everyone has been talking about. “Right now, all I got in my brain is Vegas. I want to f***ing nail it,” she told the magazine. After she has managed to nail that Las Vegas residency, she has other plans in mind. “I definitely want more kids,” the mom of one said. “I'm a homemaker and I'm a matriarch, and a stable life helps me with my music.”

Adele separated from ex-husband Simon Konecki in 2019, and they continue to co-parent son Angelo together and avoid that whole “messy divorce” issue, she told Desert Island Discs this summer. “Over my dead body is my kid having a messy divorce in his life.”

So now that Adele has sorted out co-parenting and is about to sort out her Las Vegas residency, it looks like kids are next. And marriage too. “Yes absolutely,” she responded when asked by Elle if she would marry Paul, who she has been dating since 2021. “I'm not married. I'm not married! I'm just in loooove! I'm happy as I'll ever be. I might as well be married.”

You know what this means for her fans, of course. If Adele makes her best music when her life is stable, we can (selfishly) expect more music the happier she gets. So if having babies and being married make her happy, it’s a great situation all around.

Although if she plans on recording during her pregnancy again like she did with Skyfall, the title track for the James Bond movie of the same name, fans shouldn’t expect her to hit those high notes. At least if her next pregnancy is anything like her first. “I was heavily pregnant actually when I did the vocals for Skyfall,” Adele told Vogue. “So, it was the only song that I recorded while I was pregnant with [my son] so my voice was a lot lower and he also hated it when I was singing the high notes. He’d kick around inside of me.”

Whatever notes Adele needs to hit to keep her happy and stable and doing what she loves, we’ll take it.