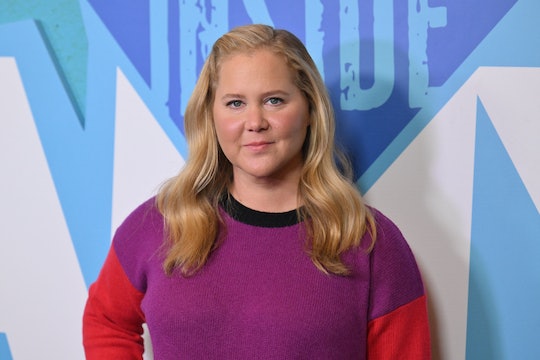 Amy Schumer’s son Gene certainly benefits from his mother’s success. He presumably lives in a nice home, has everything he needs, lots of food and toys and all that jazz. But that doesn’t mean he likes all the glitz and glam that comes with her fame. Schumer recently admitted that Gene is very much not a fan of her celebrity lifestyle, especially when he’s feeling peckish and doesn’t want to be stopped in his tracks to take paparazzi photos. Honestly who can blame him?

Schumer spoke to E! at the premiere of the fifth season of Inside Amy Schumer in New York about how her 3-year-old son Gene, who she shares with husband Chris Fischer, feels about his mom being a celebrity. “I think your kid just wants you to be their mom,” Schumer told the outlet. “He's not impressed that there's a microphone and a camera. He's just like, 'OK, when can we go? 'Cause I want chicken nuggets.’”

While Gene might not be all that interested in the flashing cameras or hearing his mom give endless interviews, he does apparently enjoy hanging out with her on set while she’s filming Inside Amy Schumer for Paramount+. “It's such a community on set," she told E!. "So, he loves just all the attention and seeing my co-stars' and co-collaborators' kids. It's a women-led show. So we made it a very child-friendly environment."

It bodes well for Gene that he likes hanging out on set, since Schumer has admitted she struggles when she has to leave him behind. Like when she recently went out on the road for her self-described Whore comedy tour. She opened up in August about how leaving Gene “weighs on me,” and even though her husband Chris Fischer was quick to remind her that he’ll make sure everything is taken care of, it’s not easy. “I know. But traveling at this age ... routine is so good for them,” she said. “When you hear them cry and reach for you, you just want to throw up.”

It sounds as though hanging out on set together offers Schumer and Gene the best of both worlds. She doesn’t have to leave him behind to go on the road, and he doesn’t have to deal with the paparazzi. Plus, craft services are probably pretty happy to whip up some chicken nuggets for him. Bliss.

More Like This
Rubble From 'PAW Patrol' Is Getting His Own Spinoff Series Full Of "Messy Demolition"
David Beckham Impressed Mariah Carey With His Rendition Of "All I Want For Christmas"
Julia Louis-Dreyfus Holds Hands With Son Charlie Hall At White House State Dinner
It’s Britney(‘s Birthday), Bitch!