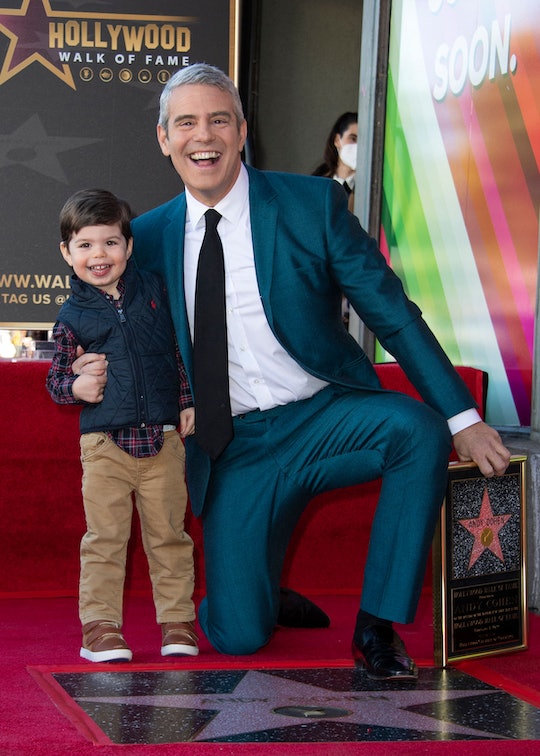 One of the cute options did “scare the hell” out of his daughter Lucy...

Andy Cohen’s son Ben is just trying to get ready for Halloween and be as scary as he can, but it seems the fates are against this 3-year-old’s wishes. As the dad of two explained in a recent Instagram video, he and Ben are having a “conundrum” over the lack of scary Halloween costumes for kids his age. And Ben is not having it.

“Ben wanted to be a scary lion, like a really fierce lion,” Cohen explained in the video. But when the lion costume arrived... well, let’s just say it was heavy on the adorable and light on the terror. In the video, Cohen put on the head of the friendly lion costume, which is all soft and cute and tame, and apparently Ben is “not going for it.”

Cohen shared that they had then moved on to “scary skeleton,” which arrived featuring an attached bright yellow bow tie on the front of the onesie. “I don’t know how I’m going to get his head around this bow tie because the bones are scary, but this is like an All That Jazz situation.” He felt that the bow tie made the skeleton costume “a bit more ‘chorus boy,” and lamented, “we just want the fright in the house.”

One person in the house was pretty frightened of the lion’s costume, however. “I will say I did scare the hell out of Lucy,” Cohen admitted. But considering she’s just a few months old, the barre is set pretty low for scaring her.

The dad of two captioned the video, “Halloween should be scary,” and even though Ben does not have Instagram, I feel certain he would agree.

One thing we know for sure about little Benjamin Cohen, he will absolutely let his dad know how he feels about whatever costume they happen to land on. I mean, this is the same kid who basically gave Cher a thumbs-down review for “singing too loud” despite the fact that his father was not-so-gently prodding him to like the singer, reminding him, “there’s going to be a lot of Cher in your life.”

Hopefully Cohen will find Ben a scary Halloween costume in time for trick-or-treating next week. He could always cut the yellow tie off of the skeleton costume in a pinch. Perhaps that would make it look more scary, less chorus boy.