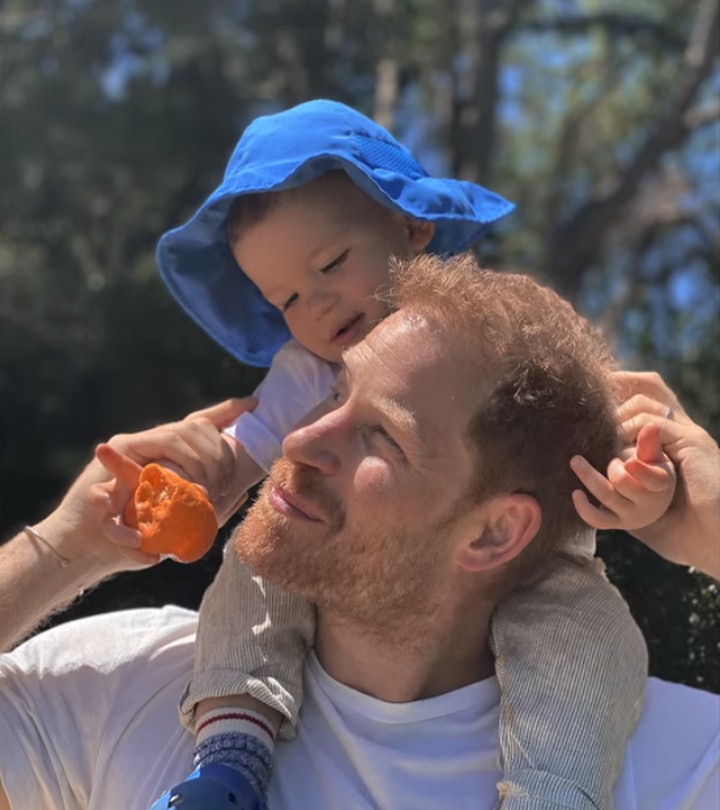 Royal watchers have been eagerly anticipating the Netflix documentary, Harry & Meghan, which has promised a never-before-heard story told with never-before-seen photos and video footage. Needless to say, folks were hoping for personal revelations about the family and we’re here for one of the cuter ones: Archie’s favorite song.

Archie and Lilibet, the children of Prince Harry and Meghan Markle, make a few appearances in the episodes that have aired so far. But, as one can imagine given Harry’s experiences of growing up in the spotlight, the Duke and Duchess of Sussex have clearly been sparing and thoughtful in how the children are included.

Throughout the first three episodes that have been released thus far, neither child is particularly highlighted or pored over. (Early in the first episode, Prince Harry discusses the importance of having parental consent for showing the children of public figures.) But, being a part of the lives of the royal couple, it’s hard to avoid their inclusion entirely, and the little glimpses we do get are adorable and surprisingly normal: Archie walking with the family dog, Meghan wearing Lilibet in a carrier as she feeds chickens, Archie making grand announcements about his dirty feet as Prince Harry marvels over a nearby hummingbird, proving even royal families can’t make children care about anything they’re not already interested in. But then there are other moments that remind us that these are, in fact, children with extraordinary lives.

In the third episode, as she’s having her hair and makeup done for an engagement, Meghan shares that Archie’s favorite song at the moment is the 1974 bop “Bennie and the Jets” by Elton John.

“Archie loves “Bennie and the Jets,” it is his favorite song. And to watch a 2 year old go ‘Bennie! Bennie!’” she trails off with a laugh.

Of course, what makes this more than a run-of-the-mill case of a child latching onto a classic, Elton John is good friends with the Sussexes, which just sort of highlights that even outside of the royal system, the children will no doubt have incredible stories of their own as they grow up. Still, looking at footage from Harry’s childhood, the differences beteween his childhood and his children’s are clear. In one particularly heartbreaking moment, archival footage shows his mother, Princess Diana, pleading “as a parent” with paparazzi to leave her and her children alone while on a ski trip.

Harry and Meghan are similarly motivated to provide for the full well-being of their children. It prompted their move to the United States, clearly, but also motivates them on a grander scale. In the first episode, Harry states,

"I think it is such a responsibility as human beings that, if you bring a small person into this world, that you should be doing everything you can to make the world a better place for them.”