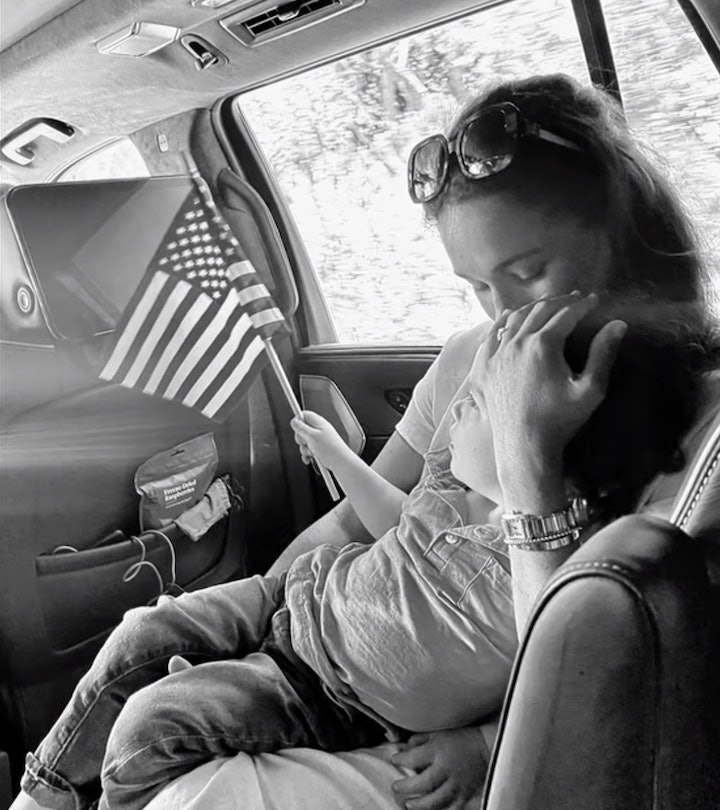 Archie Harrison Mountbatten-Windsor was born in England and spent his first several months there. His father, of course, is not just a British citizen but is a royal prince of the monarchy with a posh accent and everything. His mother Meghan Markle, however, is American. And Archie himself has been living in California since 2020, which could mean all sorts of things for his accent. Would he sound British like his dad or American like his mom? Well now we have our answer. Archie’s accent was clearly heard in the couple’s new Netflix documentary Harry & Meghan, and it looks like the Americans have won. He definitely sounds like a little California boy.

In the first episode of Harry & Meghan, which dropped on Thursday, Markle and her 3-year-old son are watching the sunrise in Montecito, California. The proud mom asks little Archie to describe what he sees, and in his sweet little American accent he says, “Well it’s all done beautiful!”

It doesn’t end there. In the second episode, which also dropped on Thursday, Archie is watching the birds with his parents and asking his parents the classic “Why?” question as they are enjoying nature. Then he’s heard telling Markle, “I got a dirty foot mama because I was with you.”

Prior to the new Netflix docuseries, royal fans were treated to Archie’s little voice one other time. When the couple premiered their Archewell podcast in 2020 and then 1-year-old Archie said “Happy New Year” to listeners. His accent at the time had a bit of a British flair, especially when he said “new.” But that was then, and this is now.

It makes perfect sense that 3-year-old Archie’s accent would change as he gets older, particularly as he has spent very little time in the U.K. to cultivate that British accent. He and his 1-year-old sister Lilibet “Lili” Diana visited the U.K. for Queen Elizabeth’s Platinum Jubilee in June, where Lili celebrated her first birthday at Frogmore Cottage. But otherwise they’re real little California kids. So much so that Archie apparently tells his guests to “stay hydrated” when they pop over for a visit, as Markle told Oprah Winfrey in April 2020.

This feels like a quintessentially California thing to say. The Americans have won the battle for Archie’s accent, it seems.