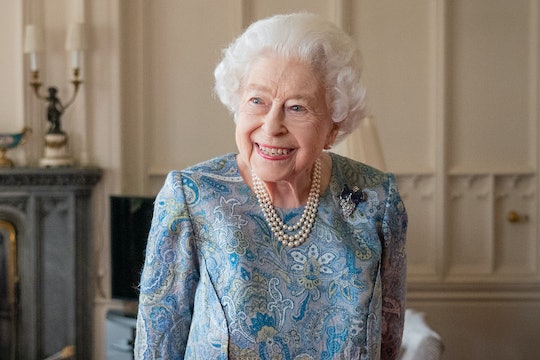 It's Official: Lilibet Will Meet Queen Elizabeth In Person For The Very First Time

Lilibet will be joining her brother Archie and their parents in London for the first time in June.

The royal family’s two Lilibets will finally meet in person next month. After much debate about whether or not Prince Harry and Meghan Markle would join Queen Elizabeth for her Platinum Jubilee, a Sussex spokesperson announced on Friday that they will indeed be in London for the celebrations next month. Along with their two children, 3-year-old Archie, who just happened to be celebrating his third birthday on Friday as well, and nearly 1-year-old daughter Lilibet “Lili” Diana. Who was named after Queen Elizabeth’s precious nickname, given to her by her father King George VI.

On Friday, royal reporter Omid Scobie tweeted that the couple would, indeed, be bringing their family to the annual Trooping the Colour in June. “From a Sussex spokesperson: ‘Prince Harry and Meghan, The Duke and Duchess of Sussex are excited and honoured to attend The Queen’s Platinum Jubilee celebrations this June with their children.’”

The inclusion of the Duke and Duchess of Sussex in Queen Elizabeth’s Platinum Jubilee celebrations, which are being held to honor her 70 years of service, has been a big question in recent months. The couple did briefly stop in London to see Prince Harry’s grandmother on their way to The Hague for the Invictus Games in April, but reportedly left their two children at home in California. This was the first time Meghan had returned to England since officially ending her time as a working member of the royal family in 2020, while Prince Harry has returned for Prince Philip’s funeral and to unveil a statue in honor of his mother. None of these visits have included their children.

While Archie has met the royal members of his family, Lilibet, who will presumably spend her first birthday in London as she was born on June 4 and the Platinum Jubilee celebrations take place at the beginning of June, has never met her father’s family in person.

As nice as it would be to see this happy reunion between the two Lilibets for ourselves, it seems the Sussexes will not be joining Her Majesty on the balcony of Buckingham Palace for the Trooping the Colour on June 2 with the rest of the family.

“After careful consideration, The Queen has decided this year’s traditional Trooping the Colour balcony appearance on Thursday 2nd June will be limited to Her Majesty and those Members of the Royal Family who are currently undertaking official public duties on behalf of The Queen,” Buckingham Palace said in a statement on Friday per Harper’s Bazaar. This would include Prince Charles and Camilla Parker-Bowles and the Duke and Duchess of Cambridge along with their three children. Instead, Harry and Meghan could possibly bring their children to other celebrations like Derby Day on June 4 (Lilibet’s birthday) or the Platinum Party at the Palace later that night.

Many details remain TBD, but at least the two Lilibets will finally meet in person.