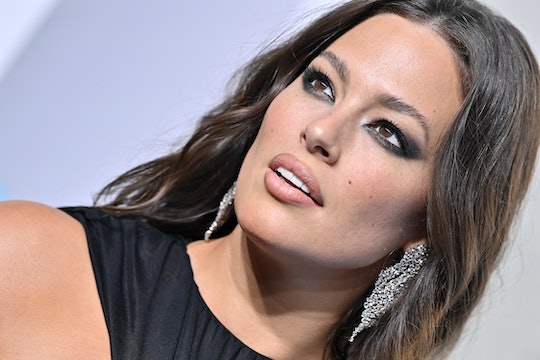 There were quite a few boxes to tick...

What’s in a name? If you ask Shakespeare, not much, because a rose by any other name blah blah blah. But if you ask any parent trying to come up with a name for their child, well, what isn’t in a name? Model and businesswoman Ashley Graham and her husband, cinematographer Justin Ervin are no exception. In a recent interview with Romper, Graham shared the beautiful and thoughtful inspiration behind her three children’s names.

Graham and Ervin, who have been married since 2010, have three boys: Isaac, 2 and twins Malachi and Roman, about 9 months. When it came to naming Isaac, Graham had it easy: since he was in high school, she says, Ervin had his heart set on the name. “He knew he wanted a son and he knew he wanted his name to be Isaac because it means laughter,” she explains. “It’s just such a strong, beautiful name.”

The name Isaac comes from the Book of Genesis in the Bible. Isaac is the son of Abraham — patriarch of Judaism, Christianity, and Islam — and Sarah. The name does, indeed, mean “laughter” or “he will laugh” because when God tells Sarah she will have a son she laughed. Isaac would go on to become a Biblical patriarch in his own right, fathering Essau and Jacob, the latter of whom would become father to 12 sons representing the 12 Tribes of Israel (and, yes, if you were a theater nerd you can probably name them all in song thanks to Joseph and the Amazing Technicolor Dream Coat).

But naming got a little more challenging when the couple found out they were pregnant with twin boys about a year later — there was nothing lined up as there had been with Isaac, and a few boxes they knew they wanted to tick. Graham says she knew they wanted to keep the names in the “Biblical arena” (they did, after all, meet at church). They also wanted names that couldn’t be shortened to nicknames or “morphed into a silly, sing-song-y name.” They also wanted names with powerful meanings.

During a Bible study, Graham started flipping through the book, hoping to find something “unique and interesting.” That’s when she came across Malachi, the last book of the Old Testament. “Malachi also is a messenger of God,” she explains. “For us, meanings mean so much and we want our kids to have great communication just like we do. So: messenger of God.”

Roman is a twist on “Romans,” a book of the New Testament written by the Apostle Paul that explains that salvation comes from the gospel of Jesus.

“It’s just a powerful name, it also means famous man and we have so much family in Italy,” says Graham. “It just kind of felt strong and important.”

Of course, even the most carefully laid plans can go awry. “We do call Roman Ro-Ro sometimes,” Graham admits, smiling a grimaced smile. “Sorry Justin!”