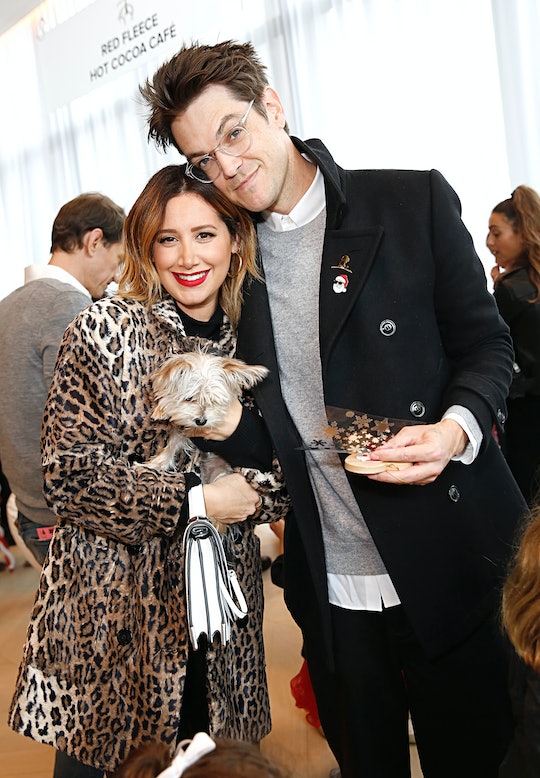 “I love how none of my friends who had kids told me about this.”

Ashley Tisdale just opened up about a parenting issue that really took her by surprise after she welcomed her daughter Jupiter in March 2021: How much more she fights with her husband Christopher French. The mom of one spoke up about this new development on the Not Skinny But Not Fat podcast, and her experience will probably resonate with a lot of new parents.

She and French fight more now, though they weren’t particularly prone to arguments before. “But Chris is like the most patient man,” she said. “We never really fought [before having Jupiter], and so, we do fight now because it’s like you have a third little person and … you have your way, they have their way, and you’re trying to like, you know, come together as a team. So it definitely changes things.”

Tisdale also was shocked that none of her fellow mom friends told her to expect this. “I love how none of my friends who had kids told me about this. It’s like a secret,” she said on the podcast.

Two such friends who could have let her in on the “secret” are either mom of three Hilary Duff or fellow first-time mom Meghan Trainor, who joined Tisdale on a moms trip together in August. While she might have appreciated a little tip-off that parenthood could change her relationship, Tisdale appeared to have a fun time with her mom friends regardless. She shared a photo from the getaway on Instagram with the caption, “Moms weekend away! I love being surrounded by these ladies. What an amazing group of women to journey through this mom-hood together! So grateful for this trip.”

Of course, not every couple fights more when they become parents, but for many of us, the emotional upheaval of becoming a parent can bring up conflict that might not have happened before. Fortunately for Tisdale, it looks as though she and French have found their way to parenting together. Crisis averted.