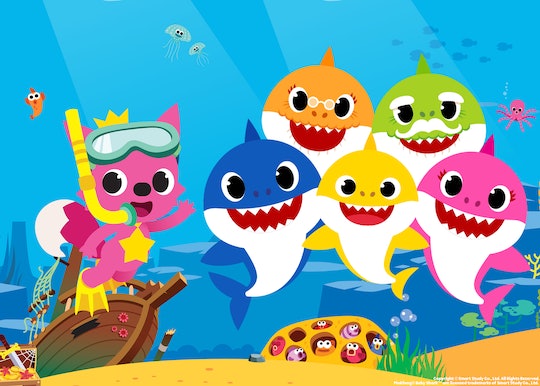 Baby Shark Live! Is Officially Coming Back & You Can Buy Tickets Now

The tour gets underway in June.

After taking a long hiatus due to the pandemic, the Baby Shark Live! tour across North America is back on. Kids will be getting the opportunity to sing and dance along with their favorite under the sea characters, and so will their parents. So perhaps a bit of a good news, bad news situation.

Baby Shark Live! shows were canceled in 2020 as a safety measure due to COVID-19, which was such a shame considering the tour had just started in 2019 after the Pinkfong song “Baby Shark” became one of the biggest ear worms for kids around the world. But on Tuesday, Pinkfong and tour promoter Round Room Live announced that the Baby Shark Live! show will indeed go on in 2021.

New live performances will begin in June 2021, starting in Frisco, Texas on the first of the month and continuing across the country throughout the rest of the year. Tour dates are listed on the Baby Shark Live! website, and tickets are available for purchase for select locations.

“We’re thrilled to bring Baby Shark Live! back to stages across the country,” Stephen Shaw, tour producer and co-president of Round Room Live, said in a press release. “Audiences have been waiting over a year for live entertainment to responsibly return and while we plan to continue offering memorable experiences for the entire family, our priority is to keep everyone safe and protected by working with venue and health officials in every city.”

The Baby Shark Live! concert runs about 75 minutes long and features 10 costumed performers who sing, dance, and generally keep their toddler fans riveted with their high energy antics. Pretty impressive considering the entire show is based on the 2-minute song and viral video “Baby Shark” from South Korean company Pinkfong that has already been streamed on YouTube more than 8.3 billion times. Of course, the song has become so popular with toddlers that there’s a high probability they’re already listening to it for 75 minutes in a day on repeat at home, asking Alexa to play “Baby Shark” over and over again. Alexa would probably be glad for the break.

Baby Shark Live! pre-sale tickets are available on the official website as of April 20, and a partial list of concert venues has been listed with more cities to be added in the coming days. After the year we’ve all experienced, a year of worry and fear and being locked down with little ones, a Baby Shark Live! show actually sounds like a great idea right now. Doo, doo, doo, doo, doo, doo....

More Like This
How Old Should Kids Be Before They Watch The 'Christmas Story' Sequel?
Rubble From 'PAW Patrol' Is Getting His Own Spinoff Series Full Of "Messy Demolition"
David Harbour Transforms Into A Santa No Kid Wants To See In 'Violent Night'
'Sesame Street' Puts Fun Spin On 'The Nutcracker' In New Holiday Special