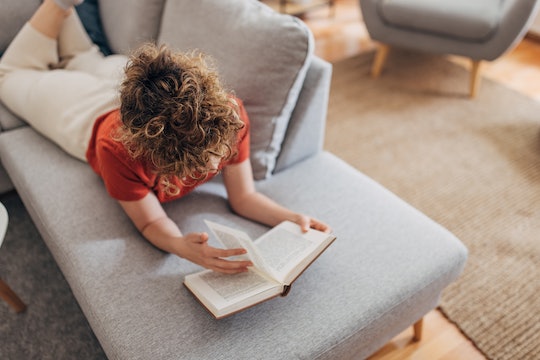 Is it hot in here?

If you like your reading steamier than a 4th of July party, romance novels are just the thing. But if you’re new to the genre, you might be wondering, who are the best romance authors? There are certainly plenty to the choose from. Bodice-ripper page-turners have been in circulation since at least the 18th century, according to the New York Pubic Library blog. And it’s interesting to note that, “Although modern romance novels have expanded to include both authors and protagonists of different genders, races, sexualities, and abilities, historically, romance novels separate themselves from other genres by being primarily written by women, for women, and about women,” NYPL reports.

With that said, here are some other best romance authors.

If you want your hot and heavy books to take place in a time you can imagine, ahem now, then these are the authors to turn to.

As familiar a name to romance readers as JK Rowling is to kid lit fantasy books, Nora Roberts has 225 novels to her name. Her books are especially appreciated thanks to her never formulaic plots and use of humor.

If you’re looking for romance stories that take place in real life settings (say a small midwest town), Adriana Locke is for you. The author’s compelling, flawed but with a heart of gold characters are gaining popularity with the romance set.

Looking for a book boyfriend? Then Lauren Landish’s novels are for you. She excels at creating super sexy characters with “rock-hard abs and chiseled smiles.” Who cares if they’re only fiction?

A veteran romance writer and her books have the stereotypical look: beefcake cover with flowy calligraphy font. But don’t judge her books by their cover. She’s respected for her great character development and excellent use of drama.

Pippa Grant takes the bad boy character, makes him super hot, then has his leading lady turn him into a (still smoking) new man.

Madison Faye’s work has been called “quick and filthy” so if you’re looking for literature that’s heavy on the erotica, her stories are for you. Google “Beasting Beauty” for proof.

Blame it on Jane Austen, but the Regency era stands out as one of romance’s most preferred periods. Here are some authors who dabble in this period to great effect.

Heard of the blockbuster series Bridgerton? Then you know Julia Quinn. The historical romance author actually got her start writing books in med school, but eventually dropped out after her wild success. Her books are noted for celebrating female pleasure.

If you love Regency period reads, but have exhausted Jane Austen, head to your local library for some Georgette Heyer. With 26 Regency novels to choose from, you’ll have plenty of reading material.

Gabaldon falls into many categories: romance, historical fiction, fantasy, but here’s all that you need to know: she’s the woman who introduced the world to Outlander’s Jamie Fraser. Enough said.

An award-winning historical fiction writer, Tessa Dare’s books (like When a Scot Ties The Knot), might have cheeky titles, but payoff when it comes to steamy stories of the early 1800s.

Lisa Kleypas is a New York Times bestselling author thanks to her 21 novels including Regency titles such as Secrets of a Summer Night filled with witty banter between the heroine Annabelle and her swoon-worthy beau Simon.

Not all romance books are placed in the Regency era. Many authors are exploring other time periods to great effect.

Beverly Jenkins writes 19th century Black love stories. For example, in her book Rebel, a part of her Women Who Dare series, a Northern teacher comes to New Orleans during Reconstruction to open a school for the newly emancipated Black community and meets a dashing architect from a wealthy Black New Orleans family in the process.

Author of the thriller/romance Civil War series The Loyal League, Alyssa Cole is known for bringing suspense to her historical fiction, with a little swoon-worthy romance thrown in for good measure.

Love a murder mystery with a side of steamy intrigue? Check out Sherry Thomas who writes The Lady Sherlock series. In these books Charlotte Holmes, Lady Sherlock takes on Victorian crime cases while navigating her tempestuous relationship with Lord Ingram, her friend and sometimes lover.

Take a trek to the Tang Dynasty with Jeannie Lin’s The Lotus Palace. In this historical romance book, “Courtesan turned serving maid Yue-ying is certain that scholar and socialite Lord Bai Huang's pursuit of her is just a drunken whim,” according to Amazon. But there’s more to the story in this refreshingly non-Regency read.

Chinese mythology is at the heart of author June CL Tan’s work in her book Jade Fire Gold. Which means there’s a hearty helping of magic as well as lost princess and an orphan girl come together to return him to his rightful throne.

New romance writers are always entering the genre, but it takes some great writers to rise to the top. Such is the case with these authors.

Renée Watson got her start in children’s literature with books like her Newberry Honor-winning “Piecing Me Together.” Now she has a new romance novel out that’s getting all kinds of buzz. In Revolution, Nala falls for Tye, a cute MC, at a party. But when she lies about herself to get his attention, their romance gets tangled.

L.J.Shen writes books like The Monster: A Mafia Romance and proudly states on her website: “bringing badass alphas to their knees since 2015.” If that’s not intriguing enough to pick up a copy, what is?

If you like your romance with a hefty serving of comedy, Sara Desai has you covered. Her books, two of which have earned Oprah Magazine’s Most Anticipated Romances, keep the laughs coming even as her protagonists fall in love.

Inclusive, diverse, and wildly creative, Talia Hibbert has been applauded for making her books as sexy as they are equitable.

If storyline is only half as important as the sex scenes in the books you read, you might enjoy adding these authors to your list.

This is the author who brought the world 50 Shades of Grey. Need we say more?

Her writing has been called "... intensely sensual, achingly emotional” by NPR. But beyond that, her books are also known for being wickedly steamy.

If one sex scene just won’t do, turn to Grace Goodwin, whose books (like Mastered by her Mates) are packed with a enough hot alien action (yes, alien) to keep you mesmerized.

You know what will amp up your pulse rate even more than a steamy scene? A little action. A growing genre of romance writers are filling their stories with suspense to give their tales a bit more high drama flavor. Here’s who to look for.

Sexy, sinister and often with a twist, Melinda Leigh has become a leader in the suspense romance genre. Check out Leigh’s “She Can” series which was nominated for a 2012 International Thriller Award Best First Novel for She Can Run.

Want something a little more foriegn? Try out Irish author Zara Keane’s The Ballybeg Boys series. With titles like Bodyguard by Day, Ex-Husband by Night, a tale all about “when former Navy SEAL Cash Kincaid goes undercover as his movie star ex-wife’s bodyguard, sparks fly on and off screen,” you’ll be hooked from page one.

Need a hot tale of a Russian mafioso to spice up your reading? Here’s one from author Nicole Fox. Ripped Veil: A Russian Mafia Romance twists together the dark underworld of organized crime with a wild love affair for a page-turning read.

If daydreaming about running away with a Navy Seal is your thing, Brittney Sahin is your author. Her Stealth Ops series follows the elite special operations unit as they handle covert ops for the president while trying not to get distracted by the occasional fling.

The beauty of romance is it isn’t off limits to any genre and that includes the supernatural. Delizhia Jenkins mines the esoteric and ancient in her books like The Lost Queen: Mercury's Heir and House of the Blue Flame.

Vampires, fairytales, and supernatural setting are all part of Aziza Sphinx’s work. If you prefer your romance with a dark and stormy vibe, this is the author to read.

So maybe you don’t want all the smut after all. Maybe sometimes the heart just craves a sweet, compelling love story. Don’t worry, authors have written plenty of those too. Here’s who to look for on the clean romance shelf.

When an author is filed under Amazon’s “Clean and Wholesome” category it’s a safe bet they’ll deliver smut-free content. That’s the case with Dorothy Keddington who writes about sweet romances minus the sex scenes.

Does the name Stephanie Meyer sound familiar? It should. She’s the author behind the wildly popular Twilight series. So why put her in this category and not paranormal romance? She could probably go in both, but consider the fact that her books are completely chaste. It’s more about longing glances than bodice ripping affairs.

Christian fiction includes its own subgenre of romance novels. And that’s what Tamera Alexander specializes while placing it under the lens of history. In his Fountain Creek Chronicles, life and love take place in the Victorian American west.

For some YA romance (who doesn’t love to think back to those early crushes?) check out Ally Condie. Clean, but clever, her Matched trilogy was a #1 New York Times bestseller.

This article was originally published on July 3, 2021