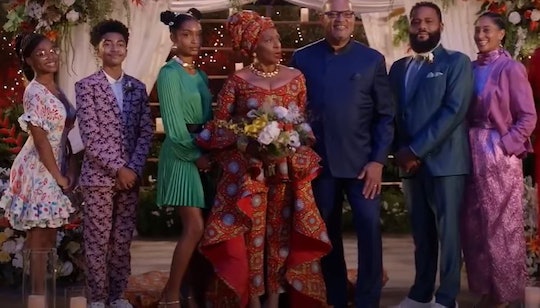 Black-ish Is Coming Back For A Final Season Next Year

The hit family sitcom is up for six Emmy nominations in 2021!

It’s official. Black-ish is returning for its eighth and final season next year. The family sitcom starring Anthony Anderson, Tracee Ellis Ross, and Paw Patrol’s Marsai Martin is up for six Emmy nominations including outstanding comedy series. Its spinoff series, Grown-ish, starring Yara Shahidi is nominated for outstanding cinematography series. Unfortunately, it’s the latest show to be canceled by ABC, but the Johnson crew is not going out without a big bang!

“In this day and age it is rare to get to decide when your show should come to an end,” Black-ish creator Kenya Barris wrote in a May Instagram announcing the show’s final season, “and we are grateful along with ABC to be able to make this final season exactly what we’d hoped for – and to do it with the entire and AMAZINGLY STELLAR cast coming back to close this chapter out with us the right way!”

With a final season coming up, here’s everything we know so far.

The final season of Black-ish is expected to premiere in January 2022, according to Newsweek. “Groundbreaking comedy Black-ish will receive a deserving sendoff as it returns in midseason for its eighth and final run,” ABC said in a statement to the publication.

In Season 8, Black-ish will touch on the coronavirus pandemic, systemic racism, social justice, and equality, according to Deadline. Throughout its run, the show has celebrated Black families and will do so in its final season as well.

Barris has said the show changed his life and he’s proud of the conversations they started along the way. “None of this would have been possible without our audience and supporters, who have championed the show every step of the journey,” Barris captioned the news about the season renewal on his Instagram back in May, “allowing us to change not just the narrative of Black Families, but of Family, Culture, and the World in general. All the while allowing us to talk about things that people were not supposed to talk about period... especially on a network television comedy.”

The show is also nominated for Outstanding Contemporary Costumes and Hairstyling and Outstanding Character Voice-Over Performance.

You Can Stream The Past Seasons Now

Before the new season starts, catch up on Black-ish on ABC and Hulu.