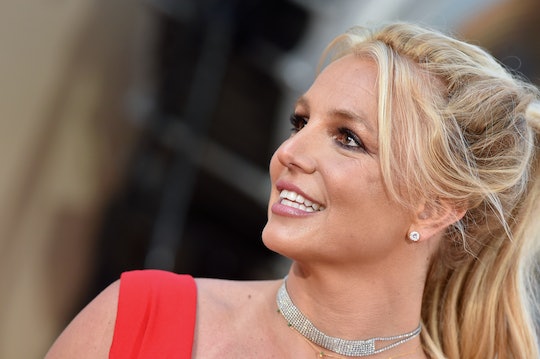 “So I got a pregnancy test … and uhhhhh well … I am having a baby.”

Britney Spears is expecting another bundle of joy! The 40-year-old pop star and mom of two announced on Instagram today that she is pregnant and expecting a baby with her fiancé Sam Asghari.

“I lost so much weight to go on my Maui trip only to gain it back,” Spears’ Instagram post began, “… I thought ‘Geez … what happened to my stomach??? ‘My husband said ‘No you’re food pregnant silly!!!’ So I got a pregnancy test … and uhhhhh well … I am having a baby. 4 days later I got a little more food pregnant. It’s growing!!! If 2 are in there … I might just loose it.”

Spears, who shares two sons 16-year-old Sean Preston and 15-year-old Jayden James with her ex-husband Kevin Federline, shared with her fans that she will be staying under the radar over the next few months to avoid paparazzi. “I obviously won’t be going out as much due to the paps getting their money shot of me like they unfortunately already have,” she wrote.

The “Circus” singer also revealed that she had perinatal depression when she was previously pregnant. Spears gave birth to Sean in 2005 and Jayden in 2006. “It’s hard because when I was pregnant I had perinatal depression … I have to say it is absolutely horrible … women didn’t talk about it back then … some people considered it dangerous if a woman complained like that with a baby inside her …”

Spears also expressed relief that conversations about mood disorders like perinatal and postpartum depression are more commonplace. “Now women talk about it everyday … thank Jesus we don’t have to keep that pain a reserved proper secret,” she continued, “… This time I will be doing yoga every day !!! Spreading lots of joy and love!!!”

Romper’s request for further comment from Spears’ rep was not immediately returned.

Fans were quick to share messages of congratulations for the singer and Asghari. Like Paris Hilton, who commented on her post, “Congratulations sis!! I’m so excited for you!! Love you!!!”

Spears and Asghari, an actor and personal trainer, first met on the set of her “Slumber Party” music video in 2016. After nearly five years of dating, the couple announced their engagement in September 2021. “I can’t f*cking believe it!!!!!!” Spears captioned a video of herself and Asghari, flashing her diamond ring at the camera.

In the months since her conservatorship was terminated, Spears has reflected on her early days as a mother to her sons. In March, she posted about the struggles of breastfeeding two babies so close in age and being a young mom. And while Spears said she’ll be keeping a low-key profile as she expects Baby #3, perhaps fans will get a few more updates from her via Instagram.