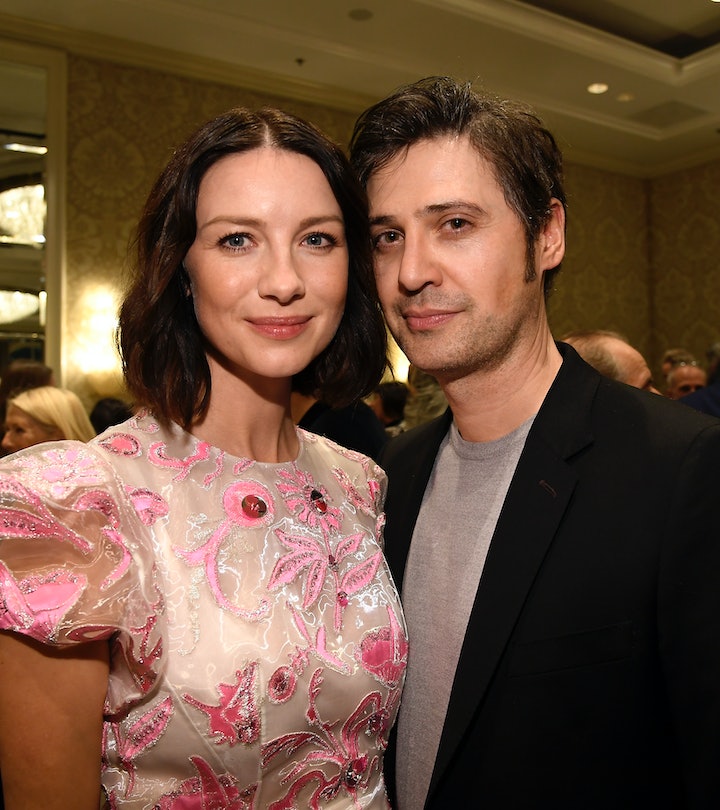 “We are so grateful for this little soul... that he chose us as parents.”

If you’ve been obsessed with watching all of the episodes of STARZ series, Outlander, on Netflix, then you’re probably wanting to know more about Outlander’s Caitríona Balfe's husband, son, and super adorable little family.

Balfe, who plays the time traveling nurse, Claire, throughout all four seasons of Outlander, is known for partaking in some very exciting drama on the show. But when she isn’t acting, Balfe’s life is actually pretty tame. There is, of course, so much more to know about Balfe and her personal life, outside of the historical fiction show.

Balfe Is Married To Tony McGill

Some fans might be surprised to learn that Balfe isn’t married to her steamy on-screen romance partner, Sam Heughan. Balfe has been married to music producer Tony McGill since 2019. The couple wed in an intimate ceremony in the United Kingdom, Entertainment Weekly reported at the time.

One year later, Balfe opened up to the Philippine Daily Enquirer about the wedding. “I managed to squeeze it in on a weekend during production, but it was beautiful, and I had all my close friends and family there,” she said. “Once you are in a room full of people you love and who love you, it’s just so special and fun. I just want to be happy and try to stay sane.”

Balfe and McGill are super private people, according to People, and had been rumored to be dating in 2015. Balfe confirmed her engagement in 2018, but it’s unclear how the couple met. But one thing is for certain — they are so in love. “I feel very lucky I’ve met someone who makes me very, very happy,” she told the Philippine Daily Enquirer.

On Wednesday, it was revealed McGill and Balfe welcomed their first child together — a son — whose name has not yet been announced.

“We are so grateful for this little soul... that he chose us as parents,” Balfe wrote in the caption of her Instagram announcement. “I’m in awe of him already and can’t help to stare and wonder at all the possibilities of who he will become, where he will go, and what he’ll do on the big adventure of his life.”

While it’s also unclear when Balfe gave birth, she used her announcement to draw attention to charities that help other children: World Child Cancer, the UN Refugee Agency, UNICEF, and Choose Love. “Right now he seems so small and fragile and I constantly think how grateful I am that I live in a place, in a time here he is born into peace and safety and yet at the same time, I see so many in the world right now that aren’t afforded that same privilege and opportunity... who are born into famine or war and how unjust it is that the same safety isn’t here for all children.” she wrote.

Although Balfe and McGill did not share their little one’s face, her fans can only hope that she continues to share glimpses at her new life as a mom.