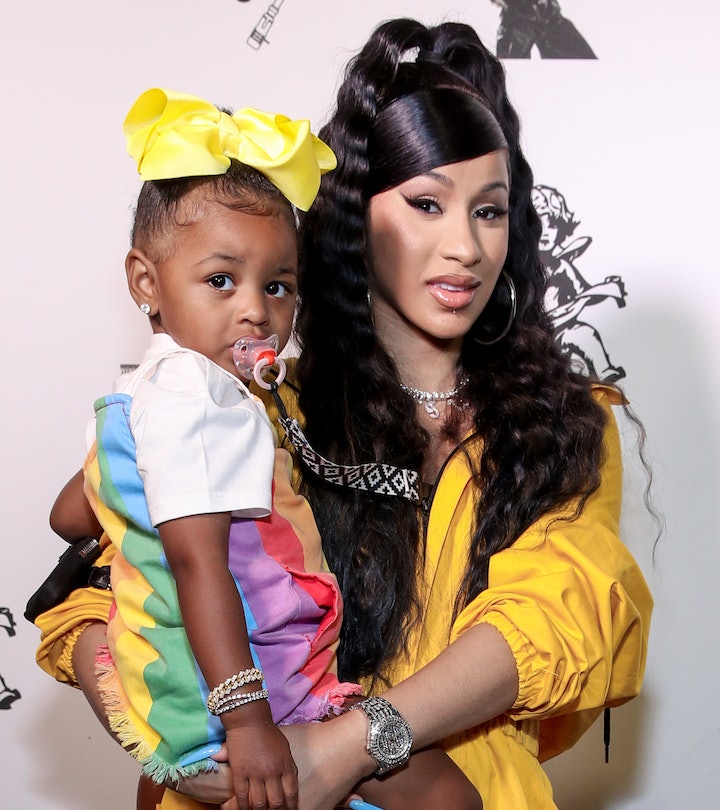 For a very relatable reason.

Everyone loves a party. Just kidding, some people love parties sometimes. And some people know when say they’ve simply had enough. This is an especially important skill for pregnant people, who truly just need to know their limits. Now that she is expecting her second child with husband Offset, Cardi B is not doing a baby shower. Not because she isn’t excited about welcoming a little sibling for 3-year-old Kulture Kiara, of course. She’s just had enough socializing for the moment.

On Tuesday, the “WAP” singer sat down for an interview on the live radio app Stationhead where she opened up about the possibility of having a baby shower this time around. “I'm not having a baby shower. That's why I did Kulture's birthday really, really big," Cardi B said, per People. “I just get overwhelmed when I do these big birthdays and I just feel like the baby shower with Kulture's birthday is just too close. Just to see the same people over again, and it's like, not doing it.”

Imagine if we could all have the presence of mind to just say no when we felt like saying no. That right there is true power.

Cardi B is not having a baby shower.

Cardi B and Offset threw a gorgeous fairy tale party for their 3-year-old daughter Kulture earlier this month, complete with a petting zoo, mother-daughter matching pink princess gowns, bowling, and even some live Disney princesses mingling about. Oh, and let’s not forget the Cinderella-style pumpkin carriage that carried the little miss to her party.

The party looked incredible but let’s get real, it also looked like an incredible amount of work. And with Cardi B due to give birth some time in the fall, another lavish party would be a lot. Even if the singer decided to use a party planner as she did with her baby shower in 2018 when she was expecting Kulture, it would be a lot of work to have a party “just to see the same people over again,” per the singer herself.

The lack of a baby shower in no way takes away from her excitement for this new little baby. “There is something so dear about this pregnancy and I feel like I'm starting a new chapter,” Cardi B said in the Stationhead interview, “And I'm happy about that.”

She’s just not jazzed about the possibility of a baby shower. So why not skip it?