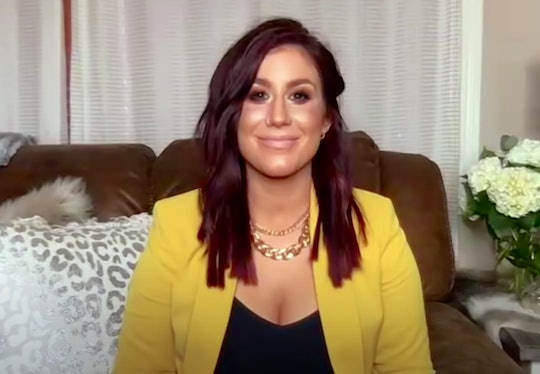 In a precious announcement on Instagram, Teen Mom 2 star Chelsea Houska revealed she gave birth to her fourth child, a baby girl. And not only did she share an adorable photo of her newborn, she also shared her name.

On Tuesday, Houska shared the first photo of her newborn daughter with husband Cole DeBoer, all swaddled up, mid-yawn. "She decided she wanted to share a birthday with her big brother, Watson, and surprised us by coming last night," Houska captioned the post, revealing that her daughter's name is Walker June.

Walker joins the couple's three children: 10-year-old daughter Aubree, whom Houska welcomed with her ex, Adam Lind, in 2009; 4-year-old son Watson; and 1-year-old daughter Layne. But Walker has an especially sweet connection with her big brother as they were born on the same day. (Houska gave birth to Watson on Jan. 25, 2017.)

Welcoming a new baby isn't the only big announcement Houska has made recently. The reality star also announced late last year that she is leaving the cast of Teen Mom 2 after 11 years on the show to explore her next chapter as a business owner.

It's possible Walker June could be the baby of the DeBoer family. When Houska announced that she was expecting her fourth child, she revealed to MTV in August that it was likely her last baby. So, she was OK with suffering from those "classic pregnancy symptoms." "This is most likely our last baby, so we joke that this one is making it a little harder — making me a little sicker, so that we are OK with being done after this one," she shared.

But Houska told Entertainment Tonight in August that she isn't ruling out having one more, either. "As of right now, I feel like this baby is going to complete our family, but who knows, maybe in five years we'll get a wild hair." In the meantime, Walker June will surely keep her parents smitten and busy.