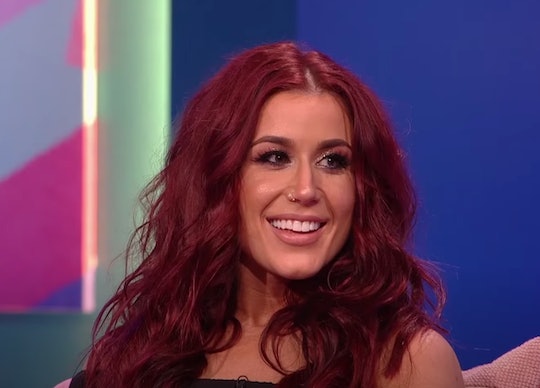 "I want to thank you all for watching my story, supporting me, and rooting for me the last 11 years."

After watching the dramatic Season 10 finale, viewers are probably wondering why Chelsea Houska has left Teen Mom 2 after 10 seasons. The fan-favorite of the MTV reality show, who is currently expecting her fourth child, opened up during Tuesday night's episode about her decision to stop filming.

Ahead of the finale, 29-year-old Houska and her husband, Cole DeBoer, have been open about their decision to walk away from the cameras. And during newest episode, she admitted to her husband that she had been thinking of leaving the show for a while. "I'm just questioning if my time on the show, Teen Mom, if it's coming to an end," she said. "Like, thinking about it, it's definitely not an easy thing because I've been doing this since I was 17."

Houska added that she was nervous to tell their three kids — 11-year-old daughter Aubree, 3-year-old son, Watson, and 2-year-old daughter, Layne. But she ultimately concluded that she was ready to focus on raising her family without having cameras around. "With the business, the house, and the baby, and everything, I feel like I just don't want to be on the show anymore," she later told her dad, Randy, in the episode.

MTV cameras have been there to capture so much of Houska's journey. Between giving birth to Aubree on Season 2 of 16 & Pregnant in 2010 to meeting her husband in 2014 and welcoming her third child in 2018, it's all be on camera. The show has also captured some of her more difficult moments, like when she split up with Aubree's dad, Adam Lind, as well as the everyday struggles that come with raising a family.

The mom-of-three revealed on Instagram in November that she and DeBoer are eager to start their next chapter as business owners. "Our next chapter in life will focus on developing our brand and taking things to the next level with new endeavors and expanding family businesses," she wrote.

So what's next for the couple? They are currently building a farmhouse for their family and have been documenting all of the progress on their Instagram account, @downhomedeboers. Houska has started her own home goods line, Aubree Says, which is still in development. And things are about to get very exciting in the new year when Houska gives birth to baby number four, a girl, in February.

While she may be focused on the future right now, Houska is thankful for her time on MTV. In an Instagram post written on the night of the finale, she said that she is so grateful to have shared her journey with viewers. "I want to thank you all for watching my story, supporting me, and rooting for me the last 11 years," she wrote. "I am proud of my full story that I was able to share...and to all those single mamas out there stuck in a bad relationship... I'm rooting for you, you got this."