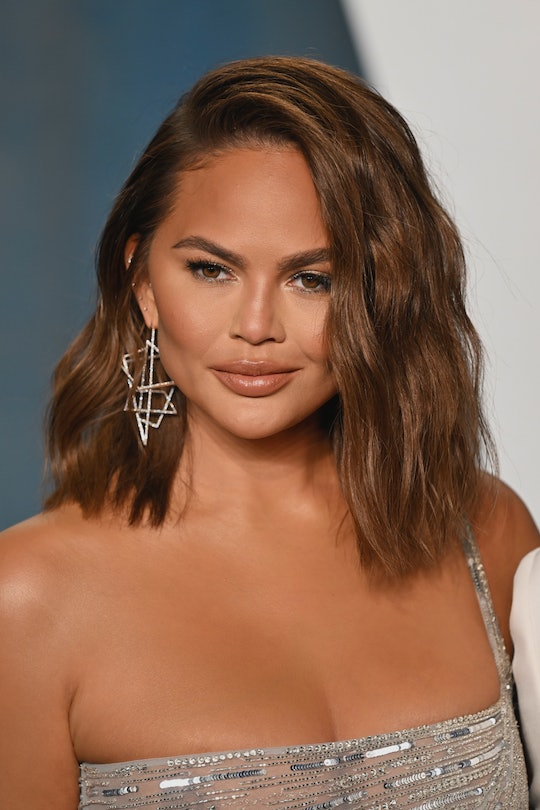 “It had taken me over a year to actually understand that we had had an abortion.”

On Thursday, Chrissy Teigen spoke at the “A Day of Unreasonable Conversation” summit, an invitation-only event for writers, producers and executives with cultural changemakers to discuss social issues — like mental health, criminal justice, climate change, and many more — and how to depict and discuss those issues authentically and respectfully on screen. Another issue discussed at the summit was reproductive rights. In a talk called “We Made That Choice,” Teigen began to discuss her much publicized 2020 miscarriage with her son Jack, but stopped herself.

“Let’s just call it what it was: It was an abortion,” she said, according to The Hollywood Reporter. “An abortion to save my life for a baby that had absolutely no chance. And to be honest, I never, ever put that together until, actually, a few months ago.”

Teigen — who is currently pregnant and shares two children, Luna, 6 and Miles, 4, with husband John Legend — reported the loss of her second son, Jack, in late September 2020 at 20 weeks gestation. At the time, the family’s loss was reported as a miscarriage in the press. For her part, Teigen did not initially describe it in those terms in either her personal essay or Instagram post on the subject. But according to her talk on Thursday, she didn’t recognize what she’d gone through as an abortion either.

Teign said her moment of realization came after the Supreme Court overturned Roe v. Wade. In the wake of the ruling, she expressed sympathy for the people who have an abortion and the emotional circumstances and decisions “they” experience. Legend pointed out to Teigen that “they” were in fact a couple themselves, according to The Hollywood Reporter.

Teigen’s decision was one of medical necessity. About half-way through her pregnancy, she shared, “it became very clear” that Jack would not survive outside of her body and, without an abortion, neither would she.

According to The Guttmacher Institute, abortions like Teigen’s, which occur after their first trimester, account for 11% of abortions performed in the U.S. Just over 1% occur after 24 weeks gestation, widely considered to be the point of fetal viability outside of the uterus. (Most states do not legally protect abortions after this point unless it is to preserve the life of the pregnant person.) The Kaiser Family Foundation notes that most abortions done after the first trimester are due to fetal anomalies, maternal life endangerment, or delays in abortion care due to legal or logistical barriers (e.g. poverty or distance from a provider). While most Americans support abortion access under such circumstances, campaigns against “late-term” or “partial-birth” abortion (both political terms, not accepted medical characterizations), many purport not to support second or third trimester abortion.

While some on social media are condemning Teigen, it’s understandable that, in grief, she would not have processed her experience as an abortion experience, given the emotional weight of the experience and the fact that the idea of what an abortion is has become so politicized (in fact, abortions like Teigen’s are often called “termination for medical reasons” rather than simply “abortion”). Hopefully, this revelation can prompt further discussion on abortion as healthcare.