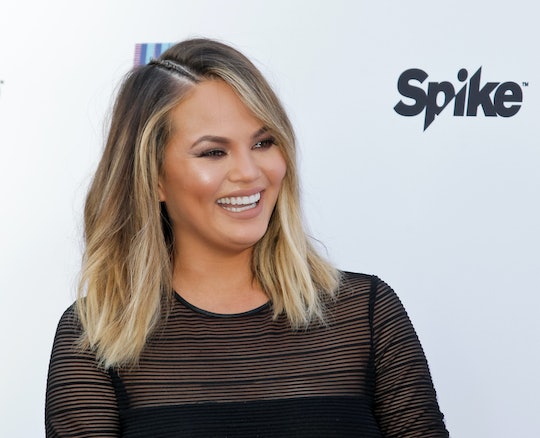 Poor Peanut Butter had been missing for three days!

Ever since the arrival of Peanut Butter the First, Chrissy Teigen has had more than her fair share of hamster drama. More than everyone’s fair share of hamster drama, in fact, since most people don’t really struggle with hamster drama. Not the Teigen/Legend household. Her most recent pet adventure involves rescuing their pet hamster from inside the walls. I don’t know what’s going on over there but let me tell you, if ever there is a movie from the hamster’s perspective I would watch it.

On Monday, the Cravings cookbook author shared a video of her rescue mission on Instagram. She explained that the family’s pet hamster, Peanut Butter the Second, had gone missing for three days when she started to notice “faint scratching in the walls.” With 5-year-old daughter Luna watching, Teigen grabbed a flashlight to investigate the hamster’s whereabouts. It seemed he had managed to get inside the wall through a hole between the sliding glass doors.

The brave pet owner then climbed up on a stepladder, unscrewed a light, and managed to chisel a hole in the wall where she could finally “see his little nose.” Eventually, Teigen was able to entice the hamster out of the wall by holding his hamster ball over the hole, bringing him to safety.

Hamsters in Teigen’s household have a history of going missing, starting of course with the original Peanut Butter. Almost immediately after she and Luna went to the store to buy the first Peanut Butter, she went missing. Then there were questions about what to feed her, how often to touch her, whether she needed a hamster friend. Within about a year, Peanut Butter had died, presumably of natural causes. Hamsters do only have a life expectancy of two to three years, so that timeline does make sense. And apparently Teigen was prepared for her death, because a new pal moved in quick as a flash.

Within mere hours of Peanut Butter the First’s death, “New Peanut Butter” was living in the household and had his own Christmas stocking hanging by the fire in December 2020. Now here he is, months later, going missing in the walls. Maybe the family believes in a free-range upbringing for hamsters. Or maybe all rodents named Peanut Butter long for the open road.

Or the inside of walls. Either way, he was lost and now he’s found.