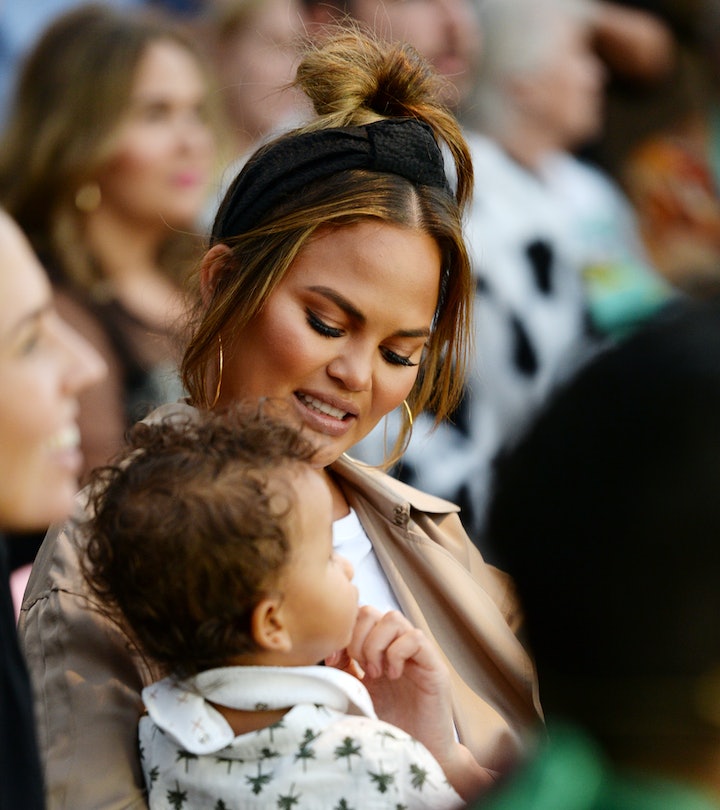 The mom of two said she feels "lucky" to have Luna and Miles.

In a heartbreaking update shared roughly three months after the loss of her third child, Chrissy Teigen revealed she'll never be pregnant again. The 35-year-old model, television personality, and cookbook author also opened up over Instagram on Wednesday about how her body remains a physical reminder of her third pregnancy and the loss of the son she and husband John Legend had decided to name Jack.

"I love being pregnant, so so much, and I'm sad I never will be again," Teigen wrote in an Instagram caption shared Wednesday on the social media network. "But I am lucky to have two amazing little ones who are transforming into big little people more and more every single day."

Teigen and Legend share 4-year-old Luna and 2-year-old Miles. In August, the couple revealed they were expecting a third child in the music video for Legend's hit song, "Wild." In early September, Teigen told fans her doctors had put her on bed rest. A few weeks later, however, Teigen was hospitalized for heavy bleeding and what she described in a series of Instagram Story posts as a "very weak placenta." On Sept. 30, Teigen announced she had lost her child at 20 weeks.

"We are shocked and in the kind of deep pain you only hear about, the kind of pain we’ve never felt before," Teigen shared on Instagram. "We were never able to stop the bleeding and give our baby the fluids he needed, despite bags and bags of blood transfusions. It just wasn’t enough."

In the weeks and months that followed her loss, Teigen spoke candidly about both her own personal journey with grief and how the loss had impacted her and Legend and their family. In a Medium post shared in late October, she opened up about the "incredibly deep sadness" that overcame her after doctors told her the child wouldn't survive the pregnancy and her and Legend's first and final moments with Jack.

On Wednesday, she continued that tradition of honesty by revealing on Instagram that she still had one physical reminder of her third pregnancy. "This is me and my body, just yesterday," Teigen wrote alongside a photograph of herself rocking a messy bun in a floor-length gown with cutouts along the waistline."

"Even though I’m no longer pregnant, every glance in the mirror reminds me of what could have been," Teigen continued. "And I have no idea why I still have this bump, honestly. It’s frustrating."

Despite the frustrations of still having her bump, Teigen said she was ultimately "proud" of "where this entire journey took my body and mind in other ways."