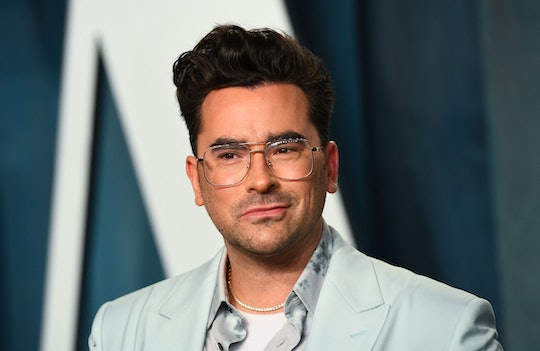 Now that Dan Levy has a new cooking competition series on HBO Max called The Big Brunch, he’s clearly got food on the brain. Dinner parties with friends, socializing, that sort of thing. So when he was asked on a recent appearance on TODAY who he would invite over as his “dream dinner guest,” his response was a bit surprising. And incredibly adorable. It seems he would want to have his baby nephew James as his guest.

“Well, right now my sister just gave birth to her first son. I’ve been away for summer,” he told Kotb when asked who his ideal dinner guest might be. “My dream dinner guest is my nephew.”

The Schitt’s Creek creator went on to note that James is “too little to eat anything yet, so I would just ask my sister what she wants and make that.”

Dan Levy, dream dinner host and dream uncle and dream brother who understands that cooking for a new mom is the most precious gift of all.

The pressure is on for James to become best friends with his Uncle Dan. When Sarah Levy announced that she and her husband were expecting their first child back in May, her brother made it clear that he was ready and willing to fall in love with her baby when it arrived. Or at least, fall in like. “I’ll finally like a baby! (Minus a few select others),” he wrote on her Instagram post at the time.

Now that the baby has arrived and is not quite two months old, Levy is ready to get that fun uncle relationship going. Sure, a dinner party with a baby is probably not the most realistic way to go about establishing their future as best pals, it’s a start. Especially if Levy cooks a delicious meal for his sister Sarah and serves it on a set table with flowers and cutlery and candles and then cares for his nephew while she eats.

That’s the dream dinner party for a new mom.