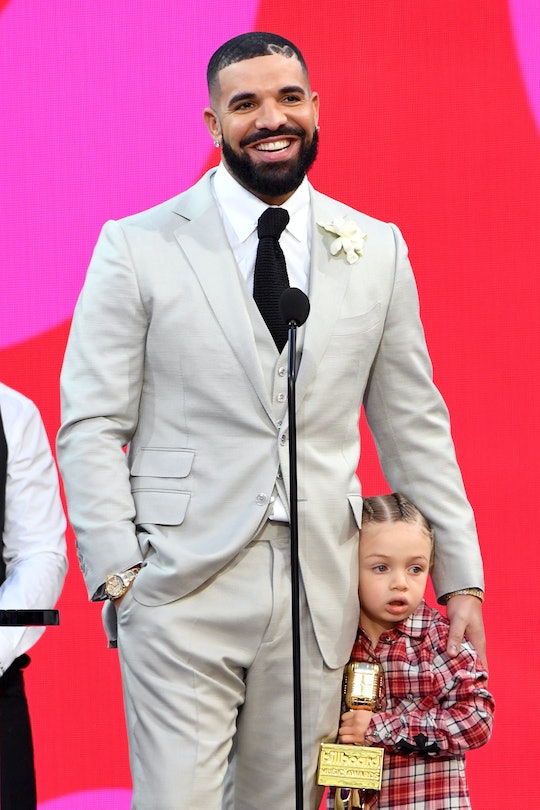 Drake’s son is growing up so fast! The Certified Lover Boy’s son has just turned 4 years old. Adonis Graham celebrated his birthday with a race car-themed party, and Drizzy shared the milestone on Instagram.

“One of a Kind .. Adonis,” the 34-year-old captioned a picture of him and his son at his birthday party in Toronto over the weekend. The “God’s Plan” rapper shared a few snapshots from the party on his Instagram story. In one video, Adonis is seen walking around with Bugs Bunny in a Lebron James Space Jam jersey. The toddler handed the character in costume some popcorn, so the pair could enjoy the salty, buttery snack together.

Drake shares Adonis with the former adult star, Sophie Brussaux. Earlier this year, Adonis made his first television appearance with his dad at the 2021 Billboard Music Awards. He dedicated his Artist of the Decade award to his son.

In his song “Champagne Poetry,” he talks about co-parenting and fatherhood, without mentioning his son’s name (but fans can put two and two together).

“I've been hot since the birth of my son,” he raps. “I remain unfazed, trust worse has been done.” In another verse, he adds, “Co-parent of the year, we figured out a rapport. No fair what Drizzy made on the second leg of the tour.”

This is not the first time Drake mentions his son in a song. The rapper talks about his pride and joy and parent-teacher meetings in “Lemon Pepper Freestyle.”