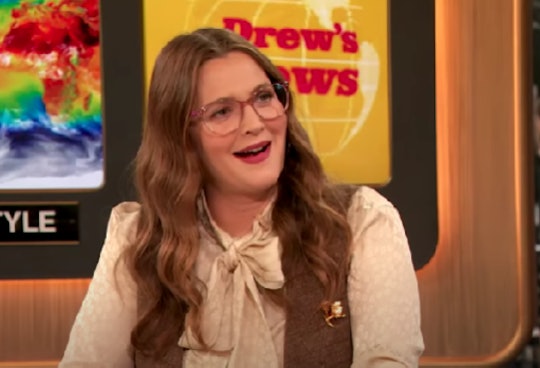 “I think that's the only place I'm getting action these days.”

Drew Barrymore admitted something on her talk show that a lot of people probably wouldn’t have been willing to admit — she still dreams about her exes. And yes, we are talking about those kinds of dreams. Which apparently works out for the busy single mom of two because those dreams are “the only place” she says she’s getting action right now.

Barrymore and her co-host Ross Mathews discussed a recent New York Times article that investigated why people continue to dream about their past loves. After Mathews asked the Never Been Kissed star if she ever had dreams about any of her exes, she admitted, “I think that's the only place I'm getting action these days, Ross, is in my dreams.” For reference, Barrymore’s exes include comedian Tom Green, Strokes drummer Fabrizio Moretti, and businessman Will Kopelman, with whom she shares 9-year-old daughter Olive and 7-year-old daughter Frankie.

While Barrymore didn’t say which exes appeared in her dreams, it seems one had more of a starring role than others. “Every once in six months, I’ll have the hottest dream and I’ll be like ‘Oh my God.’ And I’m like ‘Oh I am libidinous and alive.”

When Mathews asked what “libidinous” meant, Barrymore explained, “Like I have a libido. I’m alive. I have a pulse!” before adding, “You know, dreams are a safe space to work things out.”

As a single mom, Barrymore has been open about her struggles to start dating again. In January, she got emotional with Queer Eye’s Bobby Berk about trying to imagine someone new in her life or her daughters’ lives, “I'm not there yet,” she told Berk at the time. “I have two young girls and, like, I don't want to bring people home… I think it would take me a very long time to meet someone and get to know them before I could even ever introduce them to my daughters.”

For now, at least, Barrymore can relax and enjoy her dream dates with exes. It’s risk free, doesn’t impede on her life in any way, and seems to be doing the trick for the busy mom while she decides whether or not she’s ready to try dating again. Actually... it sounds kind of perfect, doesn’t it?