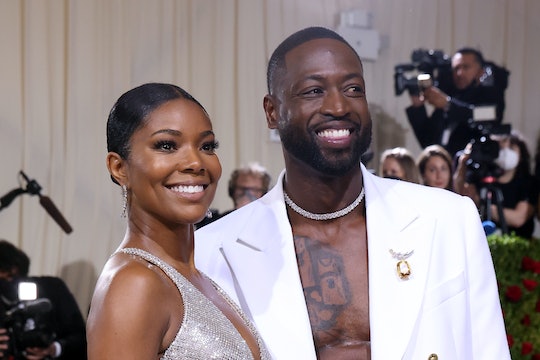 “Our kids are going to be who they are.”

Dwyane Wade continues to be an advocate for trans youth. The former NBA star’s latest stand took place Monday night at the 2022 Met Gala where he shared his advice for fellow parents of trans children.

When he and his wife, Gabrielle Union, were asked by a Variety reporter what keeps them fighting for their 14-year-old trans daughter, Zaya Wade, the 40-year-old father of four shared his motivation. “Just being a father, just seeing our child grow up every day and doing what you’re supposed to do as a parent is to make sure that you sit back and you see what it is in life that they want to do, and you try to go there with them and try to help mold them into what it is they want to be and who they want to be,” Wade explained. “So we’re just doing our part as parents and we love our kids and we get to see them every day. That’s what people on the outside don’t get to see, but we know them and see them all the time.”

“And we believe them when they tell us who they are,” Union added.

Wade was then asked what advice would he give to fathers whose children came out as transgender. “I would say the moment when you’re in the hospital and you grabbed your daughter, and you looked at your daughter and all the things that went through your mind, all the emotions that went through your mind and how much love filled your heart at that moment,” Wade told Variety. “Don’t let that ever leave you, no matter what. The one thing as parents what we do is we find our mini-me’s and we try to make them just like us.”

“Just understand, our kids are going to be who they are,” Wade added. “It’s our job to help mold them and help try to push them in the right places that they want to go. But, just remember that moment, what you said in that hospital that day they were born.”

Zaya came out as transgender in 2020. Since then, her parents have become even stronger, outspoken advocates for the LGBTQ+ community. In a recent interview with BuzzFeed, Union opened up using their platforms to set an example for other families.

“We didn't exactly understand why supporting Zaya's trans identity was a thing because it's like, we love all our kids out loud,” the Cheaper By The Dozen said. “But it is a thing and a lot of people do need an example. They do need that representation. So yeah, we're gonna post our family, we're going to live out loud, we're going to love out loud, and we're going to speak out loud and lead in however each situation calls for us to be leaders when things are not where they should be.”

Wade has also previously opened up about his responsibility as a parent. “Once you tell me who you are, now it's my job to ask more questions and help you be that,” Wade shared during Honoring Our Kings: OWN celebrates Black Fatherhood special, which aired in 2021, adding: “I learned, it's not that people don't support it. It's that people don't know about it or understand it.”