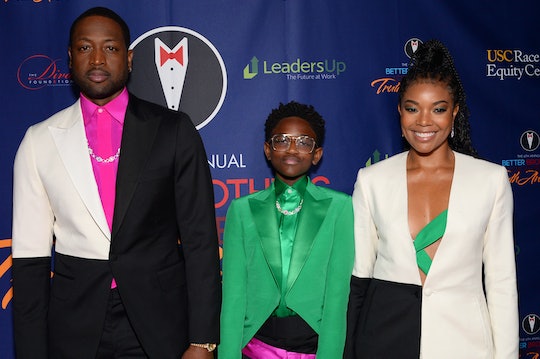 “The high road has run out of real estate.”

Dwyane Wade has responded to allegations from his ex-wife, Siohvaughn Funches-Wade, that he was exploiting their transgender daughter Zaya. In a lengthy, emotional statement, the father of four addressed her allegations. And defended his daughter’s right to change her legal name as she sees fit.

Back in August, Wade filed a petition to have his 15-year-old daughter’s name legally changed to Zaya Malachi Airamis Wade. At the time, The Blaze reported that the NBA player had “full authority” to change his daughter’s name without her mother’s permission, but had notified Funches-Wade “as a courtesy” nonetheless. Funches-Wade went on to block his petition by filing an objection in a Los Angeles court, accusing him of trying to capitalize on his daughter’s gender identity. And now Wade has responded.

“Since this must be the new way of parenting, I guess I have to address these allegations here, which is a damn shame,” he wrote in a lengthy Instagram post on Thursday, adding, “No one in our house would ever force Zaya or any of our children to do anything against their will, much less force an identity on them.”

Wade went on to note that Funches-Wade, with whom he shares two children from their 2002 to 2010 marriage, has been “given the opportunity to reach out to Zaya’s teachers, doctors, and therapists over the years and even meet her friends, so she could get her own understanding of our daughter’s needs for her LIFE!” Instead, according to Wade, Funches-Wade has not “been to a school, recital, graduation, school dance, play date, practice, parent teacher conference, etc and Zaya has given her every opportunity to know her.”

Finally Wade, who is married to Gabrielle Union and has been raising his children as the custodial parent for years, pointed out that Zaya “is not the same 3 year old child anymore and she’s screaming that to the world but most importantly her Mother!”

While Wade has tried to keep silent about these allegations from his ex-wife, he felt he needed to speak out because “the high road has run out of real estate.”

A hearing regarding Wade’s petition to change Zaya’s name will be heard in December.