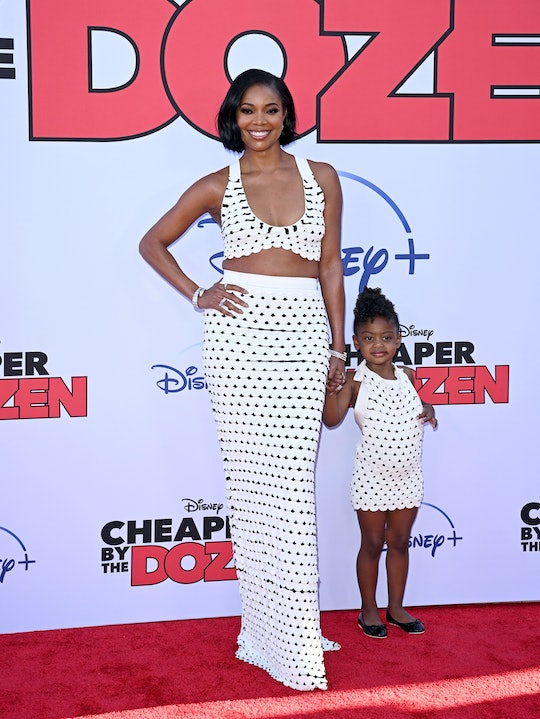 Watch out! Kaavia has a busy schedule!

Kaavia James is a boss in the making. The 3-year-old daughter of Dwyane Wade and Gabrielle Union simply had no time to chat with her parents in a recent video shared on social media by her mother. Why you ask? Well, she had an important meeting to get to, obviously.

“Kaavia, where are you going?” Union asks her daughter in the video posted on the toddler’s Instagram page. “Going to a meeting,” Kaavia replies.

In the video, the budding businesswoman is sporting some brown heart shades, a white skirt and shirt combo, and holding a colorful puppy drinking cup in one hand and a cellphone in the other. Oh, and of course she’s got her purse resting on her shoulder.

The 3-year-old’s fans loved the video. “Not a meeting,” one person commented on the hilarious video, “well sis is ready.” Another quipped, “The way she reached for the cup without looking up.” One fan called Kaavia a “working class baby” in the comments.

Over the years, Kaavia has become quite the influential firecracker when it comes to her spunky and sassy personality. Wade has said although his daughter looks like him, her personality comes from her mother. “She has a whole personality,” Wade told Us Weekly in a 2019 interview. “She’s very particular about everything just like her mother, very particular, but I love it because she lets you know who she is and what she wants, what she don’t want. It makes it easier for me to be like, ‘Oh, you don’t want that? Cool.’”

As for Union, she’s said their daughter, who inspired the children’s book she and Wade co-authored, Shady Baby, has a free spirit and lives up to her “Shady Baby” nickname. “Shade is her superpower because when Kaavia gives you a look, it’s either you’re not respecting her boundaries or something is happening that she doesn’t like,” Union told People in 2021. “The main takeaway is that she’s free to be this amazing, dynamic, shady at times, loving at times Black little girl when the world has not been so kind to Black girls and women.”

Dynamic? Loving? Shady when it matters? And meetings on the books? Kaavia is definitely a boss in the making.