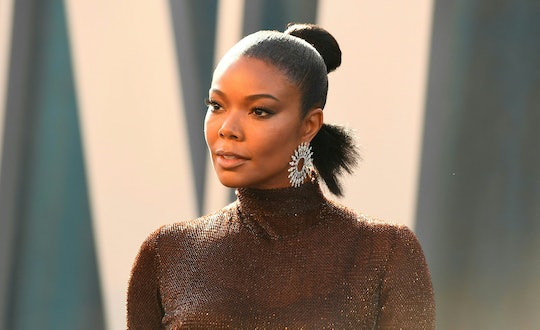 Time to trash those boring self-love Post-it notes on your foggy bathroom mirror and hop on over to Gabrielle Union’s Instagram instead. “Now these is MY kinda positive affirmations,” the mother, actress, and activist captioned a joyous video featuring her daughter Kaavia James that’s sure to double as a dose of much-needed daily motivation and self-appreciation.

The first part of the video features a TikTok by The Don (@iamcorijai), an immensely talented second-grade teacher by day and performer by night, leading a catchy and inspirational call and response song. As soon as you hear the lyrics to this self-esteem boosting song, and the voices of schoolchildren sweetly singing in the background, you’ll be hooked: “On my mama. On my hood. I look fly. I look good.”

The video then cuts to Union’s always-precocious and famously “shady” celeb daughter, Kaavia, in a very relatable moment. Bouncing around her bed in jammies, Kaavia performed for a captive audience of animals embedded in the wallpaper.

Of course, practice makes perfect when learning anything new, and Union joined in on the fun. Looking effortlessly glowy in a sundress and bun, she sat side-by-side with her daughter, clapping and singing along in an energetic yet tender moment on the steps of their home.

This isn't the first time Kaavia has strutted her musical stuff on her famous mama’s social media. Kaavia has been known to win over even the iciest hater with her backseat TikTok rendition of “Let It Go.” She’s also heavily featured on father and basketball superstar, Dwyane Wade’s Instagram, with some precious daddy-daughter moments.

It won’t be long before Kaavia is running the show. This toddler already has her very own Instagram account, boasting over 1 million followers. She’s also the literary inspiration behind her parents’ picture book, Shady Baby, which teaches kids to stand up for what they believe in.

Even before she became an author who taught others to be strong-minded, Union has been admirably outspoken and passionate about her beliefs, especially as an activist and ally for the LGBTQ+ community and survivors of sexual assault. She and her family have always been strong supporters and innovators in the Black community, committed to celebrating diversity and increasing representation. The couple is even launching their own skin care line for babies of color, aptly called PROUDLY.

Before reaching A-List status, Union, of course, also portrayed one of the most iconic cheerleaders ever in the cult-classic, Bring it On. The pom poms may be gone, but Union still knows a thing or two about what it takes to motivate.