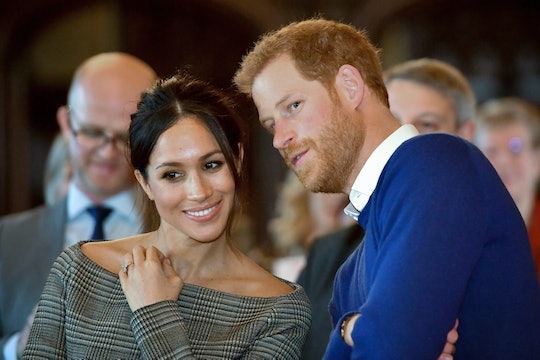 Don’t worry, so have we.

Say “Lilibet” out loud to yourself. Wrong. Now say the shortened version of Meghan Markle and Prince Harry’s 1-year-old daughter’s name, Lili, out loud. Also wrong. Probably, at least. It turns out after all this time we might all be saying her name wrong. To be fair, her parents haven’t really been correcting people so it makes sense that everyone gets it wrong.

When Harry and Meghan welcomed their baby girl on June 4, 2021, they shared the announcement in an official statement that included not just her name Lilibet “Lili” Diana, but the provenance behind her name. “Lili is named after her great-grandmother, Her Majesty The Queen, whose family nickname is Lilibet. Her middle name, Diana, was chosen to honor her beloved late grandmother, The Princess of Wales.”

They did not, however, include instructions regarding the pronunciation of their daughter’s name. Apparently Lilibet is pronounced “Lily-bet,” like two completely separate words mashed together. And her shortened version? It might just have the one l and an i, but it’s still pronounced like the flower, Lily. There’s even a video pronouncing it for you on YouTube just in case you get it wrong. You might want to watch it several times and practice in case you run into the Duke and Duchess of Sussex at Whole Foods in Montecito and want to discuss their daughter. They’ll appreciate the effort, I’m sure.

Do you know who actually got it right? Ellen DeGeneres when she was discussing Lily’s Halloween costume on her show with Meghan last year. “Lili was a skunk,” DeGeneres explained to the audience at the time, and Meghan added that she was a very specific skunk. “Like Flower from Bambi.” Way to stay on brand with that costume choice.

The name Lilibet actually came about as a royal tongue twister in the first place. Queen Elizabeth’s father King George VI gave her the nickname “Lilibet” because she struggled to pronounce her own name as a little girl, and it stuck. If you’ve ever watched The Crown on Netflix, you’ve heard Lilibet pronounced with a British accent so of course that’s totally different.

Thank heavens for Meghan and Harry’s 3-year-old son Archie and his incredibly easy to pronounce name. Now we just have to remember how to pronounce “Lily-bet” and we’re all set to rub elbows with the royal kids.