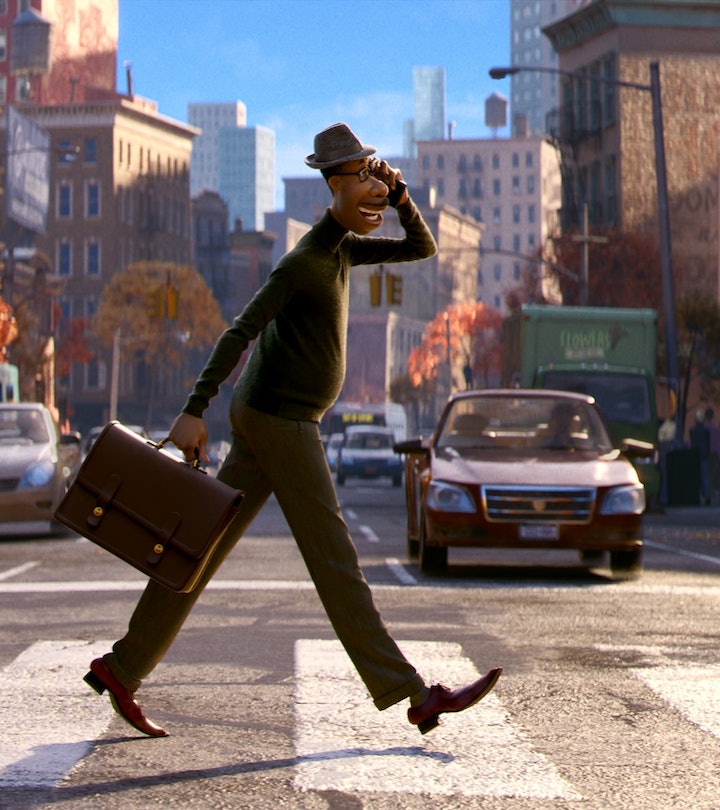 But here is how you can watch every film nominated in the category.

When you look at all the 2021 Golden Globe nominated animated films, it's hard to pick just one winner. But the Hollywood Foreign Press had a job to do and decided that Disney and Pixar's Soul would take home the award in the category. Luckily, you can still watch all of the titles nominated in the category online, including Soul.

The five films nominated in the Best Picture: Animated category — The Croods: A New Age, Onward, Over The Moon, Soul, and Wolfwalkers — were all considered award-worthy for a reason. Whether it's for stunning animation, lifelike visuals, or touching storylines, these movies have it all. And, thankfully, you can stream them all right now.

The Croods: A New Age

When the roaming cave family are forced to leave their home in search of a safer habitat, they are able to find the idyllic paradise of their dreams. But paradise isn't always what it seems — especially once they meet the more advanced Betterman family. It's up to the Croods to live in harmony with the Bettermans so they can forge a new future together.

You can rent The Croods: A New Age on Amazon Video, Google Play, YouTube Movies, and Vudu for $5.99.

Disney and Pixar's film Onward takes place in a suburban fantasy world and focuses on two troll brothers who embark on a quest to see if magic still exists in the world.

You can stream Onward on Disney+.

This Netflix original film tells the story of a young girl who builds a rocket to the moon in search of a mythical moon goddess.

You can stream Over the Moon on Netflix.

Disney and Pixar's Golden Globe Award winning film, Soul, focuses on a middle school band teacher named Joe who finds himself in a fantastical place where souls get their personalities. Determined to get back to his life, Joe teams up with a reluctant soul to show her all of the great things about living.

You can stream Soul on Disney+ .

A young apprentice and her father make a journey to Ireland, where they befriend a young girl from a mysterious tribe that is rumored to turn into wolves over night.

You can stream Wolfwalkers on Apple TV+.

This article was originally published on Feb. 24, 2021