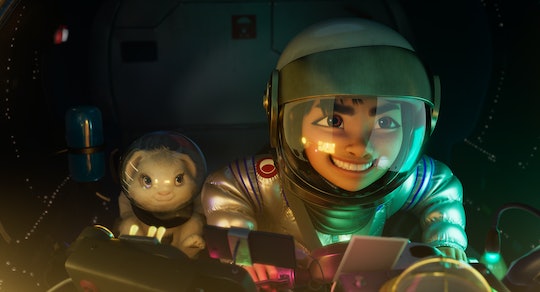 When Over the Moon first premiered in October, kids and parents alike fell in love with the adorable characters, catchy songs, and positive messages. So it’s no wonder that the animated movie has been nominated for an Oscar.

Over the Moon is one of those rare animated films that seems to have it all. Not only does it have strong, motivated characters voiced by an all-Asian cast, but it also has incredible musical numbers, and a heartfelt message about grief. Not to mention, it’s nominated for an Oscar in the Best Animated Feature category and was the most popular movie on Netflix less than a week after it landed on the streaming service.

Over The Moon Is Streaming On Netflix

You can watch Over the Moon on Netflix if you have a subscription to the streaming service. The film is rated PG, due to “some thematic elements and mild action” and is a Common Sense Media selection for kids ages 6 and older. But the film should also come with a warning that its songs, like the poppy “Ultraluminary,” are super catchy and are guaranteed to get stuck in your head.

Over The Moon Is About An Inspiring Adventure

The main character, Fei Fei, is a young girl still coping with the loss of her mother at a young age. Looking for a means of escape, Fei Fei builds a rocket to the moon to prove that her mother’s favorite legend, the Moon Goddess, exists. Once she is on the moon, Fei Fei embarks on the journey of a lifetime and learns to heal.

The film’s director, Glen Keane, who won an Academy Award in 2018 for Best Animated Short Film, told Deadline that the film’s messages of healing and love are ones that are needed in the world right now. “There’s a moment in the movie where Fei Fei says, ‘I just wish things could go back to the way they were,’ but we don’t go backwards, as we’re finding out,” he said. “We go forward, and it’s through the challenges that we face that we grow and become stronger.”

Over The Moon is up against other great animated movies like Soul, Wolfwalkers, Onward, and A Shaun the Sheep Movie: Farmageddon at the 93rd Academy Awards. Tune in on April 25 at 8 p.m. EST on ABC to see which flick grabs the title.