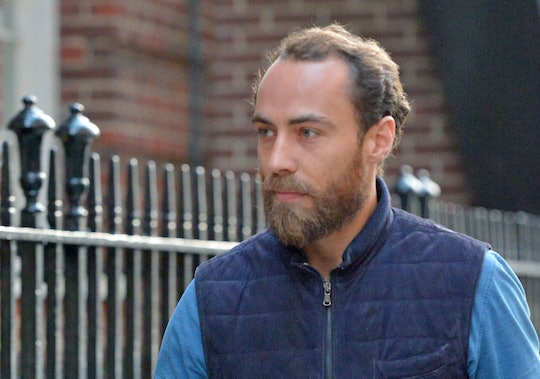 The sweet little pup will also eventually help someone who has lost their vision and become their loyal companion.

When Queen Elizabeth passed away in early September, millions of people around the world found ways to honor her legacy of seven decades of service as monarch. Articles were written, speeches given, flags flown at half mast, vigils held, moments of silence observed. All beautiful and thoughtful, but there is perhaps one tribute that would have especially spoken to Queen Elizabeth in a meaningful way. The Princess of Wales’ brother James Middleton honored Her Majesty with the name of his golden retriever puppy. And for a dog lover like Queen Elizabeth, this would have been a great honor indeed.

Middleton spoke to Hello! about his latest puppy, a cute golden retriever born in August to his dog Mabel. He explained that, “In light of recent events, I wanted a name that is a touching tribute to the late Queen.” He told the magazine he named his puppy Albert. The name is a tribute to Queen Elizabeth’s beloved father King George VI, whose name was Albert. And just as was the case with the man himself, Middleton will use the nickname “Bertie.”

If ever there was a perfect way to honor Queen Elizabeth, this might be it. Combining her legendary love of dogs with her admiration and love of her father. It seems certain she would be so pleased. And would probably be happy to take little Bertie for a walk around the grounds of Windsor if she was still alive.

If that wasn’t enough, sweet little Bertie has been gifted to Guide Dogs so that he can eventually help someone who has lost their vision and become their loyal companion. Something Queen Elizabeth, who spent much of her time alone at Balmoral with her corgis after the death of her husband Prince Philip, would appreciate. It was reported that the 96-year-old monarch got a lot of comfort from her dogs in her final days, and a source told Entertainment Tonight that her corgis were in the room when she died.

A dog lover of epic proportions himself, James Middleton is a real kindred spirit to Queen Elizabeth. He has gifted dogs to his sister Kate Middleton in the past, the most recent of which being a cocker spaniel named Orla. Much like Queen Elizabeth, James Middleton understands what a true gift dogs are to people. And what a gift Bertie will be to a person who needs him.