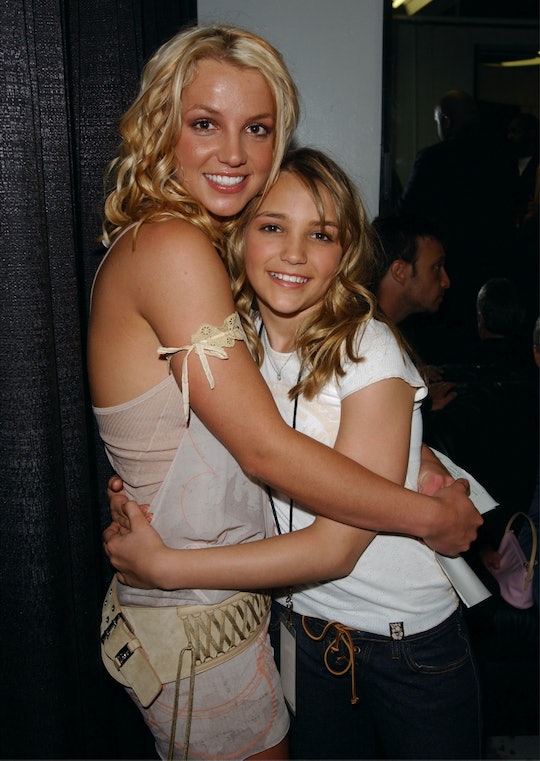 “I support my sister, I love my sister. Always have, always will.”

Days after Britney Spears gave an emotional plea to end the conservatorship that has controlled her for 13 years, her sister Jamie Lynn Spears offered her support. In a series of Instagram Stories where she clearly struggled to keep her own emotions in check, the mom of two said. “I support my sister, I love her. I always have, I always will.”

Jamie Lynn spoke out on Monday, telling her 2.2 million Instagram followers that she had waited to say anything in an effort to allow her older sister to use her own voice first. “Now that she's very clearly spoken and said what she needed to say, I feel like I can follow her lead and say what I feeI I need to say," she explained. “I think it’s extremely clear since the day I was born I have only loved, adored, and supported my sister.”

The Zoey 101 actress went on to say that she supports her sister no matter what. “I don’t care if she wants to run away to the rainforest and have a zillion babies in the middle of nowhere, or if she wants to come back and dominate the world like she has so many times before.”

This was especially poignant, considering Britney herself said in her plea to Judge Brenda Penny last week that her conservators would not allow her to remove her IUD as they “don’t want me to have any more children.”

While some of Britney Spears’ relatives, particularly her father Jamie Spears, have come under fire for potentially taking advantage of the singer, Jamie Lynn noted, “I have made a very conscious choice in my life to only participate in her life as her sister, and as an aunt to those boys.” She also pointed out that she might not use hashtags to support her sister like the viral #FreeBritney, but that doesn’t mean she isn’t there for her on a personal level.

“I'm so proud of her for using her voice," she explained in her post. "I'm so proud of her for requesting new counsel, like I told her many years ago. Oh, not in a public platform but just in a personal conversation between two sisters ... If ending the conservatorship and flying to Mars or whatever the hell else she wants to do to be happy, I support that 100% because I support my sister, I love my sister. Always have, always will.”

The love is certainly mutual, with Britney Spears writing that she was “basically your momma” in a birthday tribute post to her little sister in April. The two talented Spears’ sisters have clearly gone through a lot. As women living in the public eye, but also as young performers. As Britney Spears continues to fight to end her conservatorship, it is hopefully a comfort to her to know Jamie Lynn has her back.