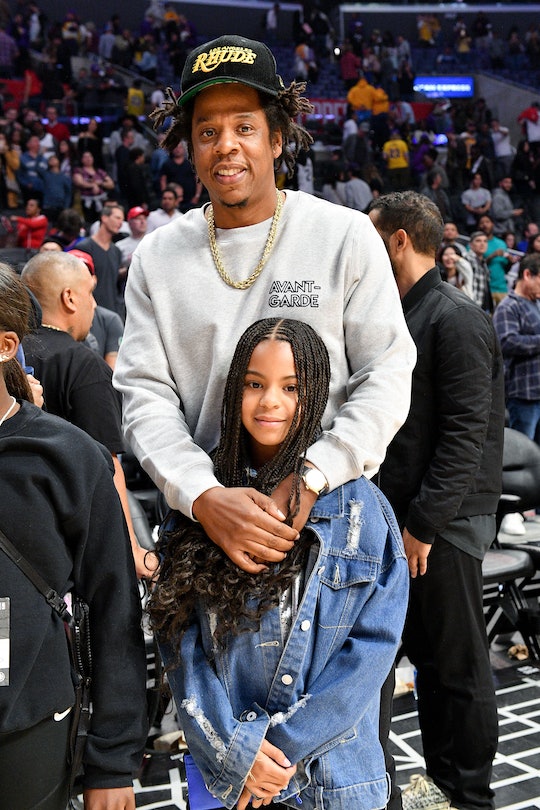 “If she ever fell in the water and I couldn't get her, I couldn't even fathom that thought.”

Becoming a parent truly does change your perspective on life’s most simple lessons. For hip-hop mogul JAY-Z, it was learning how to swim. The other half of the Carter power duo said during a recent interview that his daughter, Blue Ivy, was his main motivator to get in the water.

The 51-year-old rapper appeared on the first episode of the latest season of LeBron James' The Shop: Uninterrupted and explained how he learned to swim following the birth of Blue Ivy in 2012 after WNBA star Nneka Ogwumike asked him what it's like being a father to daughters.

"It's amazing. It's a very grounding thing... I didn't learn how to swim until Blue was born," JAY-Z said. "There goes everything you need to know. This is a metaphor for our relationship. If she ever fell in the water and I couldn't get her, I couldn't even fathom that thought. I gotta learn how to swim. That's it.”

The “Empire State of Mind” rapper added, “That was the beginning of our relationship.” Blue, 9, is the oldest of JAY-Z and Beyoncé’s children. The two are also parents to 3-year-old twins, Sir and Rumi. Over the years, JAY-Z’s relationship with his oldest daughter has evolved beautifully. For example, Blue recently paid homage to her father when she became the youngest artist to win a Grammy and turned her award into a golden sippy cup.

But despite her Grammy-winning, culture-shaping father, JAY-Z is just that to her — a father. During his interview on Uninterrupted, the rapper shared how his daughter reacted to his nomination to the Rock & Roll Hall of Fame. “I got the announcement [about the Hall of Fame], I was taking Blue to school, I was like, 'This ain't no celebration,’” he joked. “She walked away, I was like, 'Yo, give me a kiss I'm in the Hall of Fame!' She's like 'Bye, Dad.’”

Even though Blue was pretty unfazed by his accomplishments, JAY-Z never doubts who his biggest fan is. “She’s my biggest fan,” the rapper shared in a 2013 interview with Vanity Fair. “If no one bought the Magna Carta (album), the fact that she loves it so much, it gives me the greatest joy.”