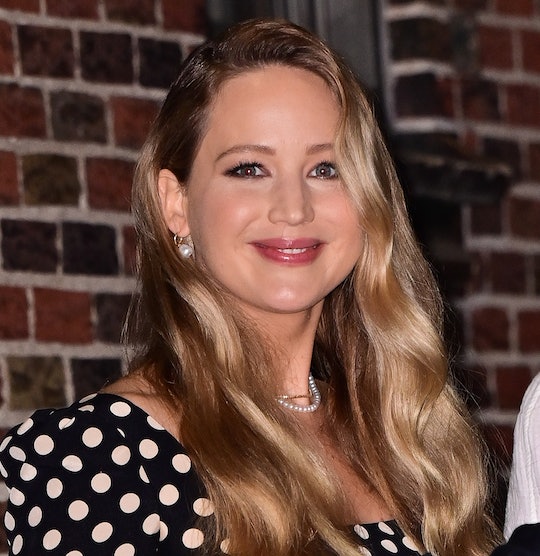 Jennifer Lawrence is officially a mom! The Don’t Look Up actress has reportedly welcomed her first baby with husband, art dealer Cooke Maroney. TMZ was the first to report that public records from Los Angeles County confirmed the actress had given birth in the area. Neither Lawrence nor Maroney have released statements confirming the arrival of their baby, nor the name of their little one, which is pretty much par for the course for the famously private couple.

Lawrence’s pregnancy was first reported last September when the couple’s rep confirmed things via People. Since then, the actress has been seen with her baby bump on several talk shows and red carpets to promote her new Netflix movie Don’t Look Up.

Lawrence made it abundantly clear that she would be keeping her baby’s life private. In a November interview with Vanity Fair, she said: “Every instinct in my body wants to protect their privacy for the rest of their lives, as much as I can. I don't want anyone to feel welcome into their existence. And I feel like that just starts with not including them in this part of my work.”

As a first time mom, Lawrence is lucky to have some solid friends who are already in the parenting trenches. Amy Schumer, for instance, who is mom to 2-year-old sone Gene with husband Chris Fischer, should be a wealth of helpful advice for Lawrence. Or perhaps she might get a little payback since the previously child-free actress was perhaps a shade less understanding than she could have been when Schumer was trying to get some sleep as a new mom in 2019. “Are you asleep bc of the baby??” Lawrence texted the new mom in an exchange Schumer shared on Instagram at the time. “Are you asleep before 11? Is this bc of the baby? Don't make me resent the baby. Wow. Ur really asleep before 11. I'll be d*mned.”

Now that it’s her turn to experience first time motherhood, Lawrence might be able to understand a little more about how life changing it can truly be.

While we know that Lawrence will be keeping her baby’s life private, just like her Instagram account where she admitted to In Style that she is a “voyeur” but not a sharer, we wish her all the best as a new mom.

More Like This
Rihanna & A$AP Rocky’s Baby Is Here!
Michelle Williams Is Going To Be A Mom Of 3!
Jennifer Lawrence Just Kinda, Sorta Revealed The Sex Of Her First Baby
Ed Sheeran Just Revealed He's A Dad Of Two With The Sweetest Instagram Announcement