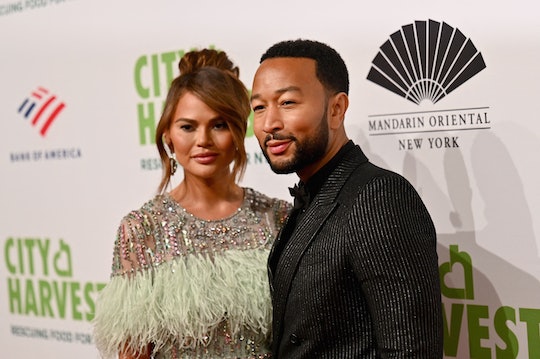 But the singer said he think his wife, Chrissy Teigen, helped a lot of people by doing so.

When John Legend and Chrissy Teigen suffered their pregnancy loss with son Jack in 2020, he was not sure if he wanted to share their experience with the public. It was obviously an incredibly painful time for his family, and certainly it would have been understandable if he had, in fact, decided to keep that loss private.

“It was difficult, I was hesitant to share it,” he told BBC’s Desert Island Discs in a recent interview. He and his wife, who share 6-year-old daughter Luna and 4-year-old son Miles, experienced their pregnancy loss in August 2020 and made the decision to share it with their followers on social media two weeks after the fact with black-and-white photos. They decided to share their experience, Legend explained, because of the possibility of helping others who might have gone through the same thing.

“But I think Chrissy was really right in encouraging us to share it because I think it really was powerful for a lot of people,” Legend told the BBC. “Way more people than anybody realizes go through this.”

Legend went on to say that people reached out to tell the couple “how they felt alone a lot of times. And us sharing our experience helped people feel less alone, and feel like there were other people going through it and there was a community of people going through it. I think it was a really powerful, wise decision of Chrissy’s to share it. Because it helped a lot of people.”

Legend and Teigen eventually made the decision to pursue IVF treatments after their pregnancy loss, and at the beginning of August 2022 Teigen announced that she was pregnant again with an Instagram post where she explained that the “last few years have been a blur of emotions to say the least.” And while the couple are obviously overjoyed to be expecting again, the singer admitted that there’s “no real comfort. You’re always going to feel that loss. I kind of spreads and it doesn’t feel as heavy over time, but you’ll never forget it.”

The grieving dad found he was able to find an outlet for his loss with his new album, and “those experiences I was able to channel into the music,” he explained in his BBC interview, writing songs all about “coping with loss, grief and when you feel broken.”

Sharing their pregnancy loss story was a brave and difficult thing to do for Legend and Teigen. No one can blame him for being hesitant at first, but kudos to him for deciding to help others in the end.