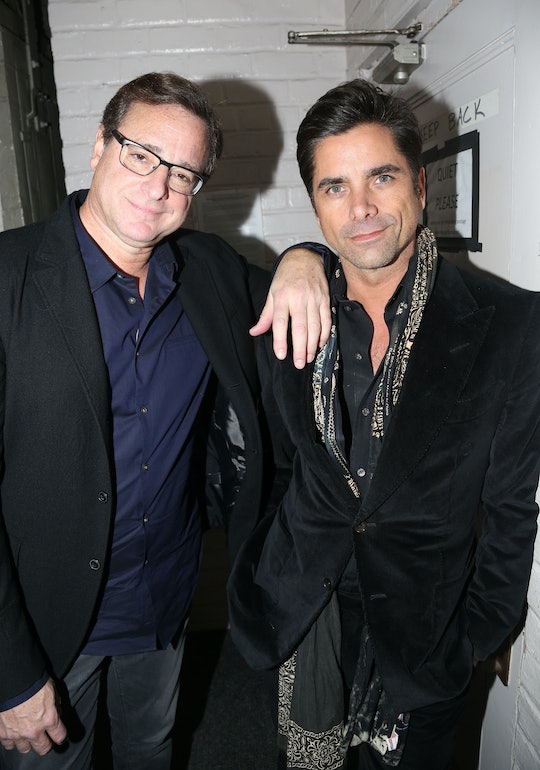 “We were like an old married couple; all bickering, no sex.”

The sudden death of comedian Bob Saget on Jan. 9 came as a shock to everyone. The night he died, the 65-year-old actor had just finished a comedy show in Orlando, Florida as part of his I Don’t Do Negative comedy tour. No one was expecting the vibrant father of three to be gone so soon. Least of all one of his closest friends and longtime collaborator John Stamos, who compared his friendship with Saget to an “old, married couple” in a moving speech given at the late actor’s memorial.

“One of the great honors of my life is being associated with him at this moment in time,” Stamos said of his friend in his speech, which was published in The Los Angeles Times on Friday, noting sadly, “I just wish he knew how much the world loved him when he was here.”

Stamos joined his fellow Full House castmates, including Candace Cameron Bure, Mary Kate and Ashley Olsen, and Dave Coulier, at a private memorial service for Saget held for friends and family on Jan. 14. In an intensely emotional and often hilarious eulogy, Stamos paid tribute to his 35-year friendship with Saget, which he admitted did not start out on good terms.

“When we started Full House, I was in my 20s and didn’t have a care in the world. Hell, my backyard was Disneyland. But life does what it does, and when things came crashing down, the last person on Earth I ever imagined would be my rock became just that.” Stamos lost his mother Loretta in 2014 and shared that “Bob was there for me like no other.” Saget even gave a speech at Stamos’ dad’s funeral in 1998.

The father of one said that he had received “thousands” of messages of condolences for his loss, which had him thinking about the nature of his relationship with Saget. “People have even sent flowers like I lost my wife or something. Come to think of it, when we were together, we were like an old, married couple: all bickering, no sex.”

As much as Stamos joked, he was also emotional. Especially when he spoke about his wish for his 3-year-old son Billy to have that same sort of unbreakable bond in his own life. “I pray that Billy will someday have a friend like I had in Bob — and if I see a picture of the two of them in tutus, I’ll know it’s brotherly love. I grabbed Billy, held on to him as tight as I could and told him how much I loved him. We don’t do justice to Bob’s legacy without remembering to hold those we love as close as we can and telling them what we feel about them every day.”

More Like This
Kristin Bell Shared Some Sweet, Rare Photos Of Her Daughters From A Family Vacation
Adrienne Bailon & Israel Houghton Welcome A Baby Boy Via Surrogate
Princess Charlotte Had A "Lovely" 7th Birthday, According To Her Parents
Jennifer Lopez Took Emme & Ben Affleck’s Daughter Violet To See Into The Woods