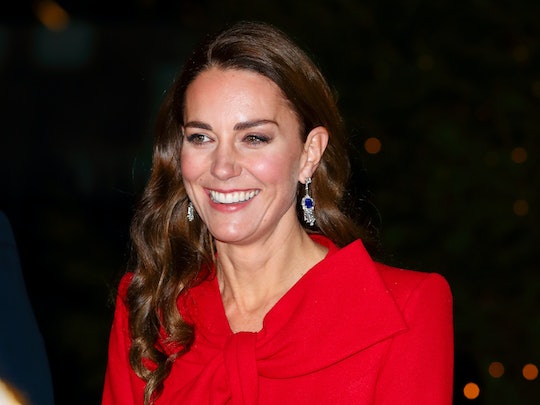 The Princess of Wales is becoming quite the Christmas angel.

Kate Middleton is making a name for herself as the royal patron of Christmas. Not officially, of course, but the mom of three certainly seems to step things up over the holidays every year. Like this year, for instance, when Middleton will host a carol sing broadcast for a Christmas special. And she’s even managed to rope other royals into the event to make it a star-studded sing along. I wonder if they’ll do “Rudolph the Red-Nosed Reindeer” or just stick to the fancy carols.

The Princess of Wales will be hosting a Christmas carol sing at Westminster Abbey for the second year in a row and this time it will be dedicated to Queen Elizabeth’s memory as the U.K. experiences its first Christmas without her in nine decades. Royal Carols: Together At Christmas, the carol sing at Westminster Abbey, will include Middleton’s husband Prince William, her father-in-law King Charles and his wife Queen Consort Camilla, as well as other members of the royal family.

“This year's carol service is dedicated to Her Majesty Queen Elizabeth II and the values Her Majesty demonstrated throughout her life, including duty, empathy, faith, service, kindness, compassion and support for others,” Kensington Palace said in a press release. “These principles are shared and personified by the inspirational guests who have been invited to the Abbey in recognition of their tireless work to help and care for those around them.”

Middleton organized the event for the second year in a row through her charitable organization the Royal Foundation, although this will be the first time King Charles and Queen Consort Camilla will attend. Whether or not her own three children, 9-year-old Prince George, 7-yea-old Princess Charlotte, and 4-year-old Prince Louis will attend is still anyone’s guess.

At last year’s event, Middleton surprised guests by playing the piano during a duet with Scottish singer Tom Walker for the song “For Those Who Can’t Be Here.” Other performers included Ellie Goulding, Leona Lewis, and the Newminster choir. This year, the event will be broadcast on ITV1 throughout the United Kingdom on Christmas Eve and it will be narrated by Catherine Zeta-Jones, with performances by Spice Girls’ Mel C and opera singer Alfie Boe. There will even be Christmas readings from Prince William himself, Downton Abbey’s Hugh Bonneville, and actress Kristin Scott Thomas.

Kate Middleton is really looking to earn her wings as a Christmas angel. And she’s well on her way.