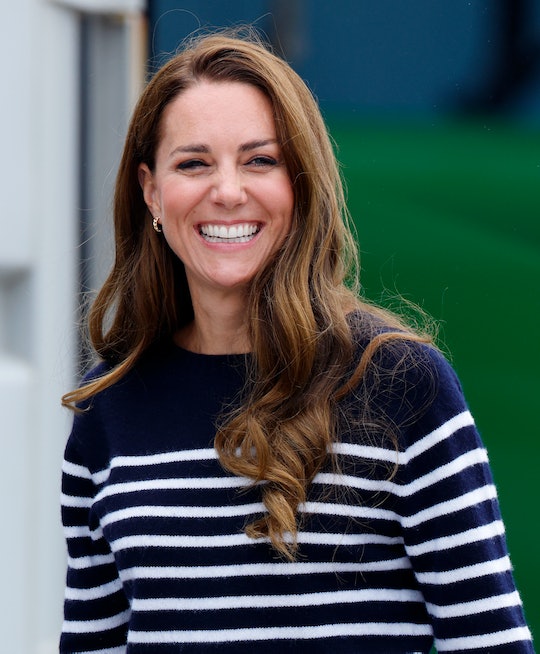 Cool Mom Kate Middleton Chatted With A Boy On A Train. He Didn’t Know Who She Was.

She was concerned he was alone.

Matthew Syed was on his way to watch the Commonwealth Games with his 8-year-old son Ted. He had to use the facilities, so The Times journalist did what so many parents before him have done; he asked his son to wait outside the bathroom and went on in. And here’s where the Duchess of Cambridge shows up. Apparently she saw Ted standing alone and the two got to chatting in the vestibule. Because of course she is just a regular human mom who gets it.

As Syed explained in his sports column in The Times, he and his son were going to watch the table-tennis tournament; Syed happens to be a former Olympian and Common Wealth Games medalist in the sport. They were traveling in the first class car, and it seems Kate Middleton was doing the same. The mom of three happened to see an 8-year-old boy standing alone in a vestibule, and that’s when she sprang into action.

“Are you here alone?” Syed heard a woman ask his son through the bathroom door. Ted explained that his dad was in the bathroom, and then the two chatted for awhile, laughing and apparently having “a whale of a time” according to Syed.

He got the shock of his life when he stepped out to see Kate Middleton standing there alone, no obvious security in sight. “Here is the Duchess of Cambridge, chatting merrily with my son,” he wrote in The Times. He asked his son as they left if he knew who he was talking to, and Ted said, “No idea but she was really nice.”

Middleton had no way of knowing that she was talking to the son of a journalist, which makes this story even sweeter. And very on brand for the Duchess of Cambridge, the cool mom of the royal family. She’s known for taking her 9-year-old son Prince George and 7-year-old daughter Princess Charlotte to a trampoline park, for making school drop-off a priority, and for making early childhood development her signature royal cause.

Hanging out with a kid who was alone on a train isn’t a massive surprise for Kate Middleton. Casually traveling without security on a train like a regular mom? That’s the big surprise.