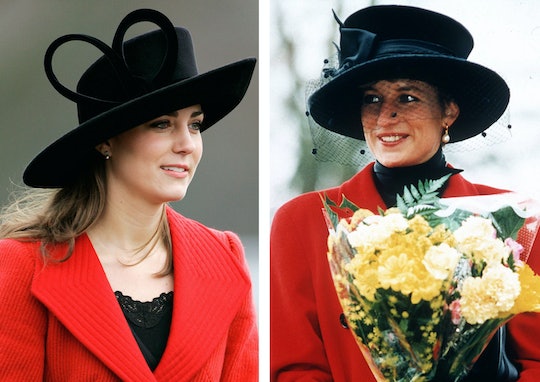 King Charles III announced that his daughter-in-law is now “our new Princess of Wales.”

There has not been a Princess of Wales since Princess Diana died in a car crash in Paris in 1997. Until now. Queen Elizabeth’s death at the age of 96 has already changed the royal family, as is the longheld tradition when a sitting monarch dies. Her oldest son and heir, Prince Charles, immediately became King Charles III. And now his former titles will shift to his oldest son and heir to the throne, Prince William. One of which will being the Prince of Wales. Meanwhile, his wife Kate Middleton will officially take on one of the most recognizable titles held by the mother-in-law she never met: the Princess of Wales.

The title of Prince of Wales, unlike the title of the Duke of Cornwall and Cambridge he took on immediately following his grandmother’s death, is not an inherited title. It is given to the heir apparent by the Sovereign, as Queen Elizabeth did when King Charles was 9 years old through letters patent, according to Hello!. King Charles took the title after his own uncle, the Duke of Windsor, abdicated his own throne to marry Wallis Simpson. When King Charles married Lady Diana Spencer, she became the Princess of Wales.

King Charles III confirmed during his first speech as Sovereign that he will bestow the title of Princess of Wales to his daughter-in-law, noting that his son will become Prince of Wales and “with Catherine beside him, our new Princess of Wales, will continue, I know, to lead and inspire our national conversation.”

It is a title that was notably not held by King Charles’ second wife, Camilla Parker-Bowles, who he married in 2005. The newly named Queen Consort did carry the title of the Duchess of Cornwall, which has now passed to Kate Middleton along with her current title, Duchess of Cambridge, but Parker-Bowles was never the Princess of Wales. It was reportedly agreed upon within the royal family that the Duchess of Cornwall would not become the Princess of Wales out of respect for the late Princess Diana, according to the Evening Standard. Now, Middleton is the first Princess of Wales since her mother-in-law held that title.

Middleton has much in common with her late mother-in-law, so it seems especially fitting that she would carry her title. Both most comfortable when with their own children, both dedicated to their charities, and both loved by the British people. Princess Diana would be proud.