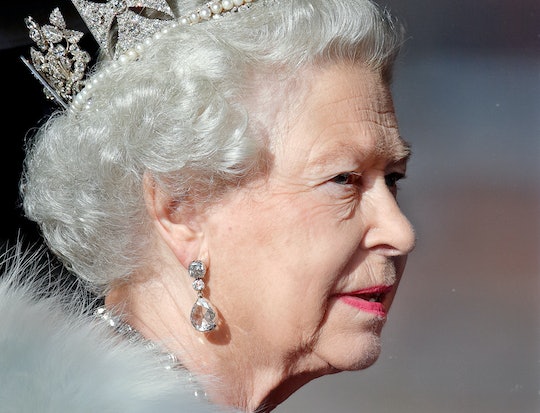 Queen Elizabeth Has Died At The Age Of 96

The longest reigning monarch in British history was surrounded by her family.

Queen Elizabeth II, the longest reigning monarch to sit on the throne of England, has died at the age of 96 years old. She was surrounded by her children and her grandchildren at Balmoral Castle, her much-loved summer home in Scotland. The world will remember her as a woman who put duty, family, and her love for her country above all else, honoring the crown by working right up until the day before she died.

“The Queen died peacefully at Balmoral this afternoon. The King and The Queen Consort will remain at Balmoral this evening and will return to London tomorrow,” the royal family said in a statement on Thursday.

This announcement came after Buckingham Palace issued an incredibly rare statement about Queen Elizabeth’s failing health on Thursday morning. “Following further evaluation this morning, The Queen’s doctors are concerned for Her Majesty’s health and have recommended she remain under medical supervision. The Queen remains comfortable and at Balmoral,” the palace said.

Soon after the first statement was released, Queen Elizabeth’s family began to arrive at Balmoral to be at her side. Her daughter Princess Anne was already on hand as she had been helping her mother with royal duties, while her sons Prince Charles, Prince Edward, and Prince Andrew joined soon after. As did her grandson Prince William, followed by the Duke of Sussex, who was visiting the UK with wife Meghan Markle and changed plans to be with Her Majesty.

And now, surrounded by her family, on the heels of celebrating 70 years on the throne at her Platinum Jubilee, the day after meeting with new Prime Minister Liz Truss, Queen Elizabeth has died in Scotland.

In the 70 years since her coronation, Queen Elizabeth has welcomed 15 prime ministers. When she first became Queen, Winston Churchill was Prime Minister. She has ruled as monarch for approximately 30% of U.S. history, as Georgetown senior fellow Matt Glassman noted. Throughout conflict and family drama, through a pandemic and the loss of her beloved husband Prince Philip in 2021, Queen Elizabeth remained a constant. Steadfast in her loyalty, a servant to the British people. Her Majesty’s words on the occasion of her Platinum Jubilee said it best, “My heart has been with you all; and I remain committed to serving you to the best of my ability.”

A Queen until the end.