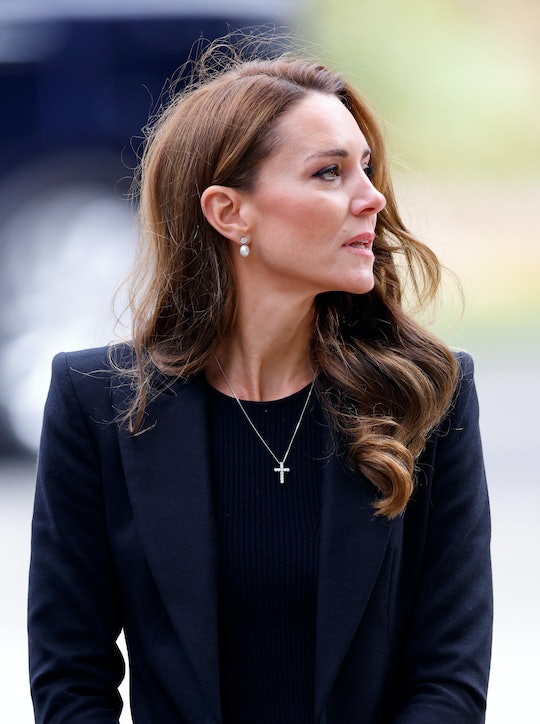 “Her Majesty was looking down on us.”

When Queen Elizabeth passed away at her beloved summer home of Balmoral Castle in early September, something sort of miraculous happened. There was a sudden appearance of rainbows in some significant places in the United Kingdom. Royal watchers gasped when a rainbow appeared over Westminster Hall the night before her funeral, while another appeared over Buckingham Palace the very day she died. And apparently there were even more rainbows spotted over Balmoral, Queen Elizabeth’s favorite home and a place where she often found solace in times of hardship.

The Prince and Princess of Wales met with staff and volunteers who aided in Queen Elizabeth’s committal service to say thank you on Thursday, and the subject of these mysterious rainbows was broached by Prince William. “In Scotland, how many rainbows turned up?” he asked his wife, per People. “You hardly ever see rainbows up there, but there were five.”

Middleton responded to her husband by saying the thing so many of us were secretly thinking of the appearance of all these rainbows, “Her Majesty was looking down on us.”

Queen Elizabeth was surrounded by her family when she died on Sept. 8 at the age of 96 years old. King Charles and Princess Anne are believed to have been by her side when she died as both were already in Scotland when doctors announced that they were concerned for her health. Her other two sons, Prince Andrew and Prince Edward, as well as grandsons Prince William and Prince Harry, rushed to be with her but it is unknown if they made it in time to say goodbye. Whether they were with her or not, perhaps those rainbows were a way for her to tell them that she was still there. Or at the very least, perhaps her family was able to take comfort in those rainbows in the wake of the Queen’s death.

Certainly the family seemed to come together to honor Queen Elizabeth in the days following her passing. Anchored in their love for her and their gratitude in her life of service to the crown itself. Standing silent vigil over her casket as it was lying-in-state at Westminster Hall. Greeting well-wishers who wanted to pay their respects to the family.

Buoyed, perhaps, by the sight of those rainbows over Balmoral. Comforted by the thought that their Queen was not completely gone from them after all.