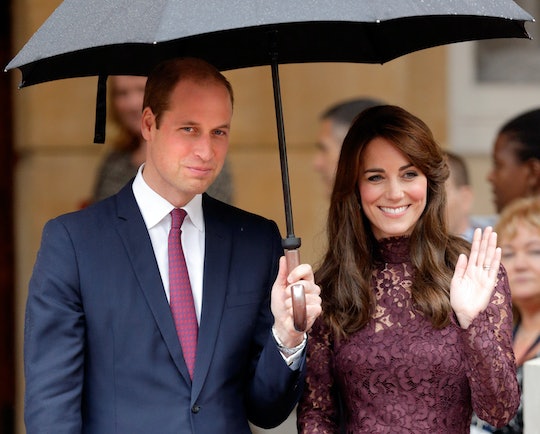 When Kate Middleton first met Prince William at St. Andrew’s University in 2001, she was just 19 years old. Young, so young. Which perhaps explains the secret nickname she gave the future King of England back in their college days.

The Mirror has reported that back in the day Middleton used to secretly call His Royal Highness “Big Willy” as a term of endearment. Just sit with that for a moment and we can all move on together.

But perhaps it wasn’t totally a secret. Prince Harry reportedly incorporated the name in his speech as Prince William’s best man at the couple’s 2011 wedding reception. Guests leaving the reception told The Daily Mail at the time that Prince Harry did a high-pitched impersonation of Middleton calling her new husband “Big Willy” during his speech, which naturally had the guests in stitches. The Duke of Sussex also had them in tears when he said, per royal biographer Ingrid Seward, “William didn’t have a romantic bone in his body before he met Kate, so I knew it was serious when he started cooing down the phone.”

Whether or not the mom of three still calls her husband “Big Willy” is unknown. And to be fair, if that’s what she likes to call him in the privacy of one of their mansions when they’re feeling amorous, more power to her.

“Big Willy” has several nicknames for his wife as well, of course. He’s been heard referring to her as “babe” and “darling” in the past, but he also has a tendency to tease her with a nickname or two. According to The Express, Prince William has been known to call his wife “Duchess of Dolittle,” which doesn’t seem very nice. But don’t worry, she gives as good as she gets and sometimes refers to him as “Baldy.” No marriage is perfect, right?

The royal family all love a good nickname, although one wonders if Queen Elizabeth has been privy to her granddaughter-in-law calling her heir “Big Willy.” The couple are keeping up the tradition by raising their kids with cute nicknames like “Tips” for 9-year-old Prince George (based on PG Tips tea), “Mignonette” or “little cutie” for 7-year-old Princess Charlotte, and “Lou-Lou” for 4-year-old Prince Louis.

We know Kate Middleton would like to add to their family with another baby to nickname, but no word on whether “Big Willy” is willing to comply.